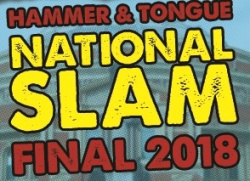 Poet and actor Usaama Minhas has won this year's Hammer & Tongue national slam final at the Elgar Room at the Royal Albert Hall in London. Afterwards on his Facebook page Usaama said: “Becoming the national champion in Britain is important because it reminds me that outside of the amplified events and extreme voices in the news and media, our social media echo chambers and the stories of violence we hear within our communities, the vast majority of everyday people want to hear our voices on the main stage and they want to champion our truths.”

He added that “thanks to God, an endless amount of chance occurrences and fate - the British people chose a brown-skinned Muslim performing poems about racism, sexism, white supremacy, Islamophobia and oppression as their winner.”