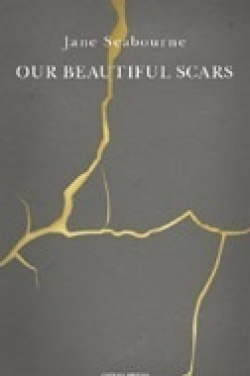 Wolverhampton-based poet Jane Seabourne has an MA in English literature and post-graduate certificates in education and mentoring. Now a freelance writer and mentor, most of her adult life has been spent in teaching, mostly in further education colleges. She is a regular performer at City Voices, a monthly spoken word event in Wolverhampton, and with fellow poets Emma Purshouse and Win Saha, known collectively as “Funny Women”, has performed her poems to audiences across the West Midlands. Her first full-length collection of poems, Bright Morning, was published by Offa’s Press in 2010.

Three sets of recurring imagery define this collection. The first  is to do with food: our appetite for living. In ‘Cracking It’ we are given instructions on how to poach an egg. In another poem, bananas come under particular scrutiny. Cumquats, cherries, jelly beans and sugared almonds also get a mention in a poem that is not really about food at all. The hilarious ‘Note to a Non-Cooking Man’ gives instruction on how to microwave macaroni cheese. One poem refers to bread-making and another is written in praise of scones. ‘Going to the Co-op with Allen Ginsberg’ is a beautifully crafted piece with its nod to Ginsberg’s own poem ‘A Supermarket in California’ and, at the end of the poem, its nod to the poet who wrote ‘Mending Wall’:

We have broken fences, knocked down walls.

Next week, I am expecting Robert Frost.

The second set of imagery is to do with clothing; in particular, dressing-up and the way in which clothing tends to define us. To Seabourne, clothes are “much more than uncomplaining garments / waiting on pegs in hallways,”, they are the “green swirly dress with a sky-high hemline” that speaks of racier times, the flamboyancy of a “birdsong hat,” Bunty in “a new cotton dress,” “the black skirt, white shirt and kitten heels that could do with a lift,” “women in polyester tabards”. Even the sheep in ‘More Sheep’ are clothed or described in clothing terminology. Humour is never far from the surface in these descriptions. Yes, clothing can be stylish but it can also say a lot about our own pretentions.

The third set of imagery is that of fracture which Seabourne uses as a metaphor for our vulnerability. It is apparent in the title of the collection and also in the cover artwork sensitively portrayed by Gabrielle Booth. Delicate objects such as blue-glazed bowls, figurines and Royal Albert cups and plates make their appearances in a number of poems along with fault lines and hairline cracks. One of the strengths of this collection is the way in which Seabourne surprises us with her choice of words. ‘China,’ for example, opens with this arresting couplet:

‘My new teeth are Royal Doulton,

but they can’t handle steak,’ she said.

Seabourne’s native Wales (she was born and brought up in Monmouthshire) features prominently in poems such as ‘Sheep’, ‘Bread of Heaven’, ‘Miners’ and ‘Skirrid’ – the latter being the name given to one of the three main peaks in Monmouthshire.

The subjects in her poems range from two Victorian pioneers of women’s education to an account of the first woman to have flown in space. There is a poem about the craze for holding piano-smashing competitions, one about the days between Christmas and New Year and a final poem about New Year’s Eve in which the poet waits for the Year of the Unicorn. Like this collection, it is fabulous.