Cath Nichols' poem of the month 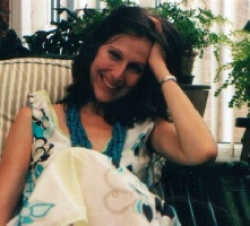 Our first poem of the month for 2008 was written by the popular leading North West poet, Cath Nichols. One-time coordinator of Liverpool's Dead Good Poets Society, Cath has gone on to various commissions and publications, including a highly successful radio play, appearances at several literature and arts festivals, and publications and recordings including Oxfam's ‘Life lines’ CD (£4.99 from your local Oxfam!), where she appears alongside Carol Ann Duffy, Simon Armitage, Wendy Cope, et al; and Tales of Boy Nancy (Driftwood, 2005), also produced as a short film launched at the National Maritime Museum.

View Cath's CV in our Poets' Showcase at http://writeoutloud.net/public/poetview.php?poetID=53.

You can post your own details and contribution for a possible future poem of the month by going to: http://writeoutloud.net/public/poetsubmit.php