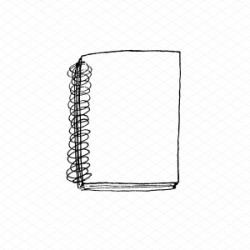 I'm pretty sure that everyone

Had a ponytail kid.

Is what I mean.

The guy that was just...scratchy, and rough, and he needed to shave more. You know that guy?

You kind of have to wonder when you meet the ponytail kid, why he's like that.
With a grey hoodie that's kind of too big, and it has spraypaint haphazardly covering it.

And then it was covered with little white stars, as if it suddenly making milkyway to cover the rag.

And the purple hoodie before that, with the face on it.

He's real stubborn too, like, scream like a toddler stubborn. He can't change his mind unless one of three people (or all three at once) announce that he's being.

And even then, give it two or three days to sit.

Majority talks behind his back.

The Minority finds him enjoyable, and even less so find him compatible.

And I like to sit in my dining room chair, leaned back and think about the ponytail kid, and why he's even really alive today. Didn't have much going for him. Heard he's missing a year of school.

My friend sent me a picture over Discord.

I looked really bad with longhair in highschool.

I Have A Fetish For Escapism ►

I like your audios Connor and the unusual way you come at your subject matter. Original thinking always gets the thumbs up from me. Enjoy your weekend. Col.