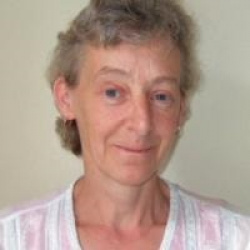 Gillian Allnutt has been awarded the 2016 Queen’s Gold Medal for Poetry. The medal is awarded for excellence in poetry, on the basis either of a body of work over several years, or for an outstanding poetry collection issued during the year of the award.

The poet laureate, Carol Ann Duffy, said: “Her writing roams across centuries, very different histories and lives, and draws together, without excuse or explanation, moments which link across country, class, culture and time.

“The north is a constant touchstone in her work; canny and uncanny, its hills and coast, its ancient histories and its people.

“She has the power to comfort and to astonish in equal measure. In her outlook, her imagination, her concerns and her lyric voice she is unique.”

Allnutt was born in London in 1949 and spent much of her childhood in Newcastle upon Tyne before studying at the University of Cambridge. Her How the Bicycle Shone: New & Selected Poems (2007) includes references to family ties in Norfolk and her life in the north-east. Her most recent collection is indwelling (2013).  She currently teaches creative writing in adult education and works as a writer in schools. She lives in Co Durham.

Allnutt told The Bookseller magazine: “When Carol Ann Duffy emailed in November asking for my phone number - to talk, as she said, about ‘a poetry thing’ - I was truly surprised and delighted when the ‘thing’ turned out to be nothing less than the Queen's Gold Medal for Poetry.

"I am sad, though, that my mother is no longer here. She was always a staunch supporter of my choice to be a poet and she would have been so proud. Born in 1924, two years before the Queen, she often used to tell us, my sisters and me, about the way the princesses Elizabeth and Margaret Rose helped, through their visible presence, to keep the home fires burning during the war.”

'What I want tonight is lipstick. As pure a red as I can find' ► 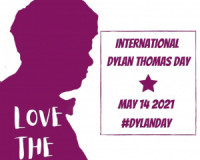