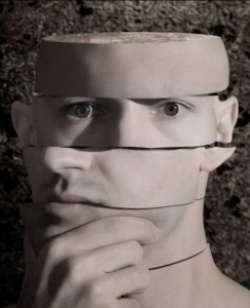 Tell me woman, who is more honest:

The face who smiles, with bright murderers standing in lines,
covertly grinning, 'love exists, but in ways',

the face who cannot smile, even if it's smiling
as his beautiful eyes, now grown up flames, increasing their shape
in a strong kiss that bends two forests,

the face who lives through a fair winter
and claims, it hasn't cried
and the banks where he has his halts
is only a melting, that has now dried,

dried under a December of lies, and he believes enough to meet again
after his last goodbye, on a last December night

where the face grins out a welcome smile
accepting how happiness teeth-crushes itself to flow a mile,

or the face who sees him sign his intials
on it,
and later accuses him of scarring a cloud,

the face that calls for its facial softness
to plunge into an eye depth of love, making sadness appear.

Love is always strong, and a process which
calls it stronger
never minds crossing limits, plunging further,
as flexibility for the flexible isn't wrong,

dismantling established attachments like lips and teeth of copybook kisses and bites, creating depressed fishtails out of them,

leaving a struggling fish on the face;
the fish who never remembers to plunge again, after a fight,

and lastly, a face who prefers to be called 'no one'
but even the 'nameless' ant in the daylight colony
is visible and addressed as 'someone',

a face which claims itself above love and hate,
revenging a recent bite, staring at the honeyed flight.

Tell me woman, which face of love is honest enough,
in spite of not being loved.