The Magnitude of My Sublime Existence, Selima Hill, Bloodaxe 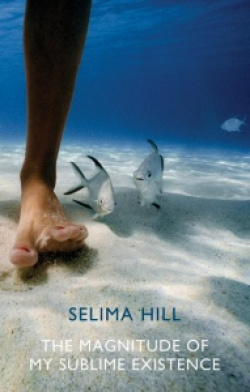 Selima Hill’s readers are fortunate indeed, because she is writing prolifically (four books in the last four years) at the height of her powers. She is funny, tragic, acerbic, brilliant. There is some truth in the comparisons critics have made with Stevie Smith and Sylvia Plath (names rarely seen together), but she is utterly herself.

She takes subjects generally associated with the confessional writers and treats them as fictional scenarios in long, often book-length sequences of short lapidary lyrics infused with dark comedy, the comedy of dislike and rebellion.

Family, lovers, partners, friends, other people in general: all are caught by the sharp pin of her wit, like butterflies in a display case. But, as she has explained in an interview, “the sister, lover, lodger etc. are my ways of writing about myself. The only energy we have is the energy of our own lives.”

In this book, doctors and nurses are her principal target, and it is a rawer and more personal-sounding book than its predecessors, an account of a long internment in a women’s psychiatric ward.

Mental illness (now laughably mostly referred to as “mental health”) is the cruellest of illnesses, because it inspires so little general sympathy, and because you can only get better from it by wanting to -  and at first, as Hill shows, you don’t or can’t want to.

The poems take us unflinchingly through the stages: elective muteness, horror of touch or contact, talk of suicide, pills, torpor, isolation, boredom, ECT, gradual reintroduction  to the outside world, and the realisation that some of the other women will never get better. This makes it sound like a grim book, and it certainly has the tone of a succinct vivid memoir, but it has the catharsis of art:

that might as well be white they’re so blue,

the white of people sitting in the snow

who can’t remember how to get back up again.

it’s not as if we care because we don’t;

and also we’re not ‘lazy’, we are tranquilised,

and neither are we ‘bored’, we are suffering.

In the interview with Lidia Vianu quoted above, she also says: “I do want people to go through my pain – in other words by going through my pain, they go through their pain. There is no other way but through….Go naked into the shower of truth.”

Selima Hill, The Magnitude of My Sublime Existence, Bloodaxe, £9.95

◄ Church Going: Larkin to be honoured at Westminster on Friday

After Trump: an artistic and poetic reminder of America's Great Migration ►