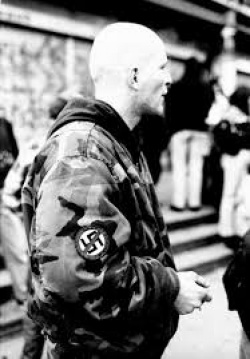 With his close-cropped hair and his tatoos here and there

And his thin pale face and his commitment to the race

Christian James was well known for going it alone

He drove the multi-story and he died in a blaze of glory.

The owner of the Golf GT

A businessman from Daventry

Got a new one from the factory.

Lived & Died and went to Heaven.

At school the teachers spoke of him

As a lad who they'd considered dim

He'd been in care and out of shame

He'd started on the dangerous game

Of nickin' cars and drivin' fast -

He knew it wouldn't last.

So, Christian's dead and who are we

To dole out fake morality?

We stand accused of gross neglect:

No chances offered. No respect.

Commendable account and straight to a point powerfully; I had a schoolfriend who died in a car taking a bend. Sad to say it seemed a fitting conclusion to a life so distorted that he was destined to a bad end. I was his friend though.....