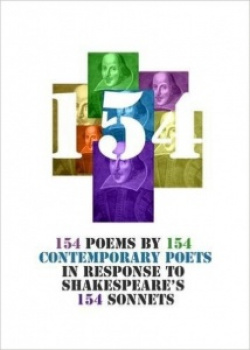 Live Canon publish anthologies and debut collections but they are also an ensemble of actors who perform poetry from memory at theatres, festivals and events throughout the UK and abroad. This latest publication is both original and ambitious, and a timely contribution to the 400th anniversary of Shakespeare’s death.

Taking the titles first, it will come as no surprise that several of the responses are untitled and just carry the number of the sonnet that they are responding to. Some, such as Robbie Burton’s ‘Tongue-tied’, are taken from a word found in the original while others, such as Mark A Hill’s ‘Beauty must repeat’ and Doreen Hinchcliffe’s  ‘Immortality’ seem to capture the very essence of the message of the original in their titles. Gordon Fudge’s ‘Sonnet 41 take two’ displays a wit all of its own with the making of a film being another “take” on the sonnet in question.

Some of the responses follow Shakespeare’s argument closely to the point of almost reading like a modern paraphrase. Others, such as Mel Pryor’s ‘Issue’, approach their subject from a subtly different viewpoint. A number, perhaps in keeping with the mysteries that shroud some of the sonnets, are elusive and oblique. A few, such as Abigail Parry’s ‘Shakespeare in Space’, are highly original. Some of the responses stay very close to Shakespeare by employing similar imagery or words such as Robert Powell’s ‘Sonnet on Distance’ and James Nash’s response which takes up the theme of the four humours.

Stylistically, many of the responses are in the form of a sonnet; many are rhyming sonnets but some display irregular rhyming patterns. Some are free verse and a few are written in the form of a prose poem. Sometimes the language employed moves back a step in time with the employment of words like “thee” and “thine” – it is not the language of Shakespeare but neither is it completely modern.  At other times the language and imagery employed is entirely modern.

Some of the responses run with the principal theme. Michael Kelleher’s prose poem with its imagery from the world of banking mirrors Sonnet IV where Shakespeare introduces the theme of usury. NJ Hynes’ ‘Eclipsed’ takes up the imagery of the sun being eclipsed by the moon in Sonnet VII and Miriam Nash’s ‘Counterpoint’ follows through the musical analogy present in Sonnet VIII. Richard O’Brien’s 'Perfect Security' takes up Shakespeare’s “closet sonnet” XLVIII by making use of the closet image with its reference to the combination lock.   At other times, such as in Matt Riker’s ‘Frenzy’, which is a response to Sonnet LVII, the argument is one step removed from the original, giving the impression that a cogwheel in the thought process has moved one revolution further on. On some occasions, such as in Sarah Diamond’s ‘66’, the line of argument in the original is subtly reversed in the response while in others the response is formed in the style of a protest poem.

An introduction at the beginning and short biographical notes on the contributors at the end would have been useful. I would have liked to have read about the genesis of the project and the logistics involved in seeking contributions and putting together the anthology. Some information on the editing process would have been helpful, too. The overall quality of the 154 responses may be uneven, but there are some very good poems in this anthology,

◄ On the way ... a poetry competition run by Write Out Loud on the theme of milestones