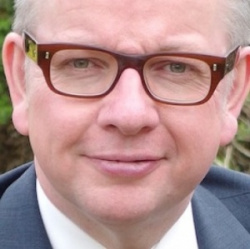 Theresa May may be the new Tory leader and prime minister – but in the meantime a poem that mocks the post-Brexit back-stabbing in the Conservative party in the style of Lewis Carroll has gone viral on the internet.

‘Stabberjocky’, by leading performance poet Steve Pottinger, begins: “ ‘Twas Brexit, and the slithy Gove / did frottercrutch in dwarfish glee.” The poem, which has been shared around 2,000 times on Facebook, goes on: ”He pallerised the BoJo cloon / they chummed upon their sunderbus / emblazoned it with fibberoons / and bambulluntruthoozled us.”

The poem had an early impact  - within days of it appearing online Michael Gove was forced to drop out of the Tory leadership race.

Steve, who is also Write Out Loud’s chief executive, said: “I wrote it while I was up at the recent two-day Poetry at the Parsonage festival in Haworth. Being around and listening to so many other poets was clearly an inspiration, as it wasn't the only poem I wrote that weekend! I'd been wanting to write a poem about the nonsense of Westminster politics for quite a while, but couldn't find a way into it – everything I came up with was just angry and obvious and disappointing. Then, and I don't know where this came from, 'slithy toves' popped into my head. It was a lightbulb moment. Nonsense politics demanded a nonsense poem.

“The first draft wrote itself that Sunday morning while I had my breakfast in the camper van on a hillside outside Haworth. A few words needed changing, but it was largely there, and I tidied it up when I got home that evening. Next day, I put it up on Facebook, and things just took off from there! I've been amazed, surprised, overjoyed and humbled by how far it's travelled, and how many people have got in touch to say it made them laugh, or that it says everything they wanted to say themselves. Lewis Carroll takes a great deal of credit for that."

He added: “I've read it 'live' three times now. It's not the easiest poem in the world to memorise, for obvious reasons. Remembering a load of made-up words and infusing them with the appropriate emotional weight and tone is mind-bendingly difficult, but I'm daft enough to enjoy the challenge. At the same time, I'm delighted that the Swoomptheeng music collective (based in Birmingham) have done a wonderful re-mix of the audio version I sent them, because that means people can now listen to ‘Stabberjocky’ without me having to be involved. And if it gets poetry out to an even wider audience, that's fine by me.”

It is not the first of Steve’s poems to become a big internet hit. ‘No one likes an angry poet’, about corporate tax avoidance and Starbucks, has had more than 3,000 views on YouTube since it was first published in 2012.

Stairway to poetic heaven with Puzzle Poets at the Blind Pig ►

And now look what's happened to Gove ... the power of poetry!

Wait a minute ... the "BoJo cloon" is now foreign secretary! The man who recently wrote a limerick about the Turkish president having sex with a goat. Wake me up, it must be all an Alice in Wonderland dream. Great poem, Steve.

Thanks, gents. You're right, Harry – it is getting easier to read 'live'. I wouldn't say I've quite reached the stage where I'm enjoying it yet, but I'm getting there. It's certainly less of a struggle... :-)

Steve,
I can see what you mean by your mind-bending difficulty on this use of the particularly English nonsense kind of poetry in performance. I can imagine the way stress and facial gesture would have to be used to keep the audience `getting` the references...But I`m sure - with your experience - it can only get better and better...Not only that but these `victims` are going to be in the limelight for a while yet, as we get down to the Brexit nitty gritty....keep it before the public.

Now that is an opening line!