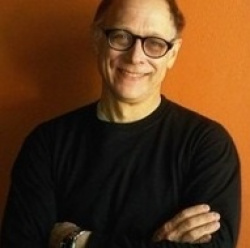 Owen Lewis and Denise Bundred have won the £5,000 Hippocrates prizes for poetry and medicine. Lewis, a clinical psychiatry professor at Columbia University, New York City,  won the open international first prize with his poem, ‘At Tribeca’s Edge’. He said his students at Columbia’s college of physicians and surgeons inspired the poem, and added: “I sometimes teach a section of foundations of clinical medicine, a course that extends over their first three semesters.

“Coming to the end of our time together, I felt overwhelmed considering all they had yet to learn, hoping they would hold onto their optimism and idealism, and humbled by what I had contributed. The poem is dedicated to them.” 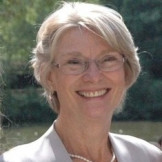 The Hippocrates NHS first prize went to Denise Bundred from Camberley in Surrey. She trained as a paediatrician in Cape Town and worked as a paediatric cardiologist in Liverpool. She said her winning poem, ‘A Cardiologist Seeks Certainty’, was “an attempt to capture the ache of anxiety as I struggled to define a complex problem in the chambers and vessels of a baby’s heart, often with the pressing need for urgent surgery”.

Judge Rafael Campo said: "It has been tremendously heartening, in this age of seductive technologies, financial imperatives, and ever more culturally disparate illness experiences, to read so many stunning poems that remain so deeply concerned with healing in the broadest and most fundamental sense."

He added: "Whether written from the perspective of care providers across many disciplines, or by patients and their loved ones, the poems submitted for the Hippocrates awards are an eloquent and powerful reminder of the importance of the human imagination in confronting illness.  While medicine may sometimes cure disease, it is poetry, through empathy and a refusal to look away from human suffering, that always heals."

You can find out more about all the shortlisted poets here, and about the commended poets here.

◄ Write Out Loud Bolton is back - at new venue tonight