A Gap in the Rain: Barbara Cumbers, Indigo Dreams 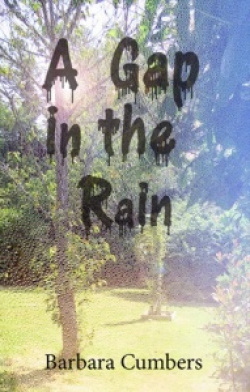 Barbara Cumbers is a poet whose work makes you think of sudden inundations and new landscapes, the slow movement and shape-shifting of continents. Her first full collection, ‘A Gap in the Rain’, (Indigo Dreams) looks at the land with a geologist’s eye – she is a former lecturer in the subject with the Open University. In ‘Borrowdale’ - “Ask the mountains their story/ and they’ll tell you – slowly” - the lines of the poem are laid out like a range of Lake District peaks. ‘Two Currents Meeting’ also has a particular shape to it, as it looks out at the Channel beyond Dungeness, and ponders the sliding shingle:

This is where we stand  - at the cusp of currents,

The weight of stones moved upwards  …

Just along the coast Cumbers ponders how Rye, a medieval port, has been left high and dry by the movement of the sea: “It’s a seafaring room, its floor/ remembers the waves …/ Two full miles from tides/ that swept up Dungeness …/ we are landlocked/ in a sea of grass.”  (‘At the Mermaid Hotel in Rye’).

Down-to-earth humour often accompanies the depiction of geological history. The poet attends a lecture on the ocean of Tethys, which existed before the Indian and Atlantic oceans: “Not my field, but it’s a change/ from reading in the library.” The lecturer’s voice is soporific, and she fights the onset of sleep: “I jerk my chin from my chest./ The Mediterranean forms as continents move,/ dries out, then floods again. Maybe/ it will rain tonight – they said it might.” (‘Tethyan Carbonates and their Influence on Oil Reserves’).

Similarly, she marvels at the wonders of the Grand Canyon and the story it tells of Earth’s history, as well as the average tourist’s attention span: “Six minutes, a ranger said,/ is all most people take to look.// Six minutes./ Two thousand million years.”

These are not picture-postcard poems; the remarkable ‘Rainbow Bridge’ is about a dangerous if not reckless journey through a flooded desert, seeking “that high arch to nowhere”. She and her companion survive it, but afterwards go their separate ways: “We felt/ no joy in our safe return, we moved/ jarred bones with care, shambling/ from the sodden pier with shaking limbs”.

Science is invoked in ‘Relativity’, likening a relationship to a lab experiment involving monkeys: “Do you remember that experiment where baby monkeys/ could cling to wire that fed them, or to fur that did not?/ They all preferred fur. Cruel you called it,/ as if warmth were merely a matter of temperature”.

But with the science comes God, too.  In ‘Credo’  Cumbers is almost cross with herself: “It should annoy me that it’s so ingrained/ that belief clings somewhere to the outside/ of logic, sending rootlets into crevices”. Yet music such as Bach’s B Minor Mass or the St Matthew Passion - and science – seems to shore up such belief in the poem:  “The curvature/ of melody lifts like a leaf changing colour/ in the wind, spreads like a ripple in space-time / to fill the universe with the concept of deity.”

The poetry of Barbara Cumbers is intelligent, questioning, and often amusing, and addresses with clarity the kind of subjects and notions that some readers might otherwise find difficult. The curiosities and beauty of science and the natural world are everywhere in this collection, making it unusual and very worthwhile.

Riot of poetry plus two laureates at City Voices in Wolverhampton ►