Competition closes in 15 days, 16 hours. Get details and Enter. 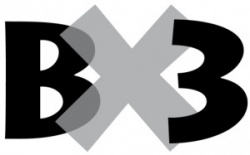 Leading spoken word publisher Burning Eye Books has launched a new venture to publish more poets, after finding itself “inundated” by submissions to its main list. The new venture, BX3, is aimed at those “quality” poets and performers who just missed the cut, or who are looking for a rapidly-published book to sell at a tour or festival in just a few months’ time.

On its website Burning Eye describes the new venture as a “hybrid publishing service for spoken word artists … Burning Eye Books was set up to help spoken word artists (poets + play/show writers) get their work into print and help sell it. Unfortunately, because Burning Eye’s core list works on a 12-18 month lead time and submissions cycle which has limited space we just can’t help as many people as we would like to.

“Bx3 from Burning Eye therefore aims to assist those who are looking to publish their work in book form to sell at shows / gigs / festivals etc. It offers some of the advantages of self-publishing but with professional copy editing and production from the same team of freelance professionals we use for the core Burning Eye list. What it doesn’t include is the full book trade representation, marketing and distribution model that Burning Eye employs (it is this which causes the long lead time). Instead all books published by Bx3 will work on a print on demand platform so your book will be available to anyone who wants to order it through a book shop on or offline.”

Burning Eye’s founder, Clive Birnie, said that one of the motivating forces behind BX3 came after being “inundated” by submissions, of up to six times the number that Burning Eye felt it could publish each year. “There was a real quality to many of the submissions that we had to turn down,” he said. “In many ways it was a who’s who of the spoken word world.”

He added that some of those that Burning Eye felt unable to publish had then turned to self-publishing, “and I’ve been depressed by the quality of what they’ve been sold”. He went on: “I get approached all the time by a mixture of poets and people who have graduated into their own spoken word shows, saying, ‘I’ve just got funding, can you put the book out for me?’. By taking myself out of the bottleneck, and outsourcing copy-editing, design and production to the freelancers that we already use, we can help meet that more urgent timescale.”

In its main selection process Burning Eye maintains a strict 50-50 men/women split, although 75% of submissions generally come from male poets, as well as trying to reach out beyond its south-west base. Clive Birnie said that Burning Eye published around 15 books a year, but might receive up to 125 submissions. There was the potential to publish two or three a month under the new imprint, although Burning Eye points out that that BX3 will not allow everyone who applies to publish their work: “There is a screening system to make sure your work is what we are looking to publish (no Great Uncle Fred’s scandalous limericks!).”

Submissions opened on 18 January, and will remain open all year round. More details