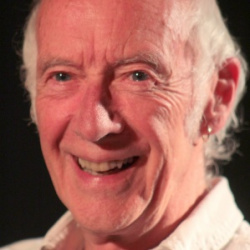 This year’s Bridport prize poetry prize judge, Roger McGough, has observed in his judge’s comments that rhyme was “such a rarity” among the entries that he found himself “gasping for a villanelle or the whiff of a sestina”. But he added: “Sad to say, the few that did appear offered more in style than content.” He also noted a lack of politics or rage among the entries: “Politics did not engage our poets. No voices crying out against poverty and injustice, migration and global warming. Our politicians can sleep soundly in their beds, the poets are not assembling in the street outside.”

But in his comments he added that “Candy Neubert and her team of readers, to whom I’m grateful for sifting through the initial 7,002 entries, thought that the standard this year was disappointingly low. And if I may quote from Candy’s report ‘I was once told that a really fine poem “feels like a cat climbing up your leg”. Sometimes there are a goodly handful of these in the final 200 but this year they feel more comfortably curled on a lap.’ "

McGough, a member of the hugely popular 1960s Liverpool Poets, with Brian Patten and Adrian Henri, conceded that he might have got it wrong in his initial advice to entrants: “I said that I hoped to see poems that I wish I had written, and I wonder now if that was not the best advice to give. For I suspect that some poets submitted poems ‘in the style of’ (me) which I would never have written, nor wanted to. In other words, forget who is judging, just submit your best poem as if passing it on to a sympathetic reader.”

My thoughts on Bridport, and Roger McGough's comments, are now online on the Poet's Soapbox: http://poets-soapbox.blogspot.co.uk/2015/10/bridport-blether-part-2-perils-of.html.