PJ Harvey to publish poetry in collaboration with photographer 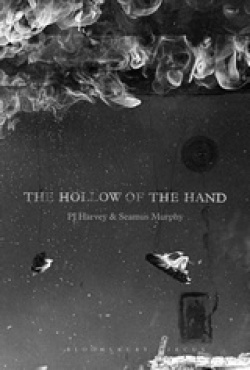 Musician PJ Harvey is to publish her first collection of poetry later this year. Bloomsbury is publishing The Hollow of the Hand, Harvey’s collaboration with photographer and filmmaker Seamus Murphy, in October. It is based on a series of journeys the two made between 2011-14, taking in Kosovo, Afghanistan, and Washington DC.

Harvey said: “I wanted to smell the air, feel the soil and meet the people of the countries I was fascinated with … my friend Seamus Murphy and I agreed to grow a project together led by our instincts on where we should go.”

Murphy added: “Polly is a writer who loves images and I am a photographer who loves words. Our relationship began a few years ago when she asked me if I would like to take some photographs and make some films for her last album Let England Shake. I was intrigued and the adventure began, now finding another form in this book. It is our look at home and the world.”

The Hollow of the Hand will be released in four different editions simultaneously on 8 October: a limited edition with original artwork for an as yet unannounced price; a £45 large format cloth-bound hardback; a £16.99 paperback; and a £13.99 enhanced e-book.

PJ Harvey formed her eponymous band in 1991, and won the Mercury music prize in 2001 for her album Stories From the City, Stories from the Sea, and again in 2011 with Let England Shake. She has collaborated with a number of fellow musicians including including Thom Yorke, Nick Cave, and Bjork. In December 2013 she was awarded an MBE for services to music. As well as writing poetry, she paints, draws, and sculpts. According to The Bookseller, Harvey has worked on her poetry for seven years with leading poet Don Paterson, but this is her first published collection.