Expecting rain? Pete the Temp is this year's Glastonbury website poet in residence 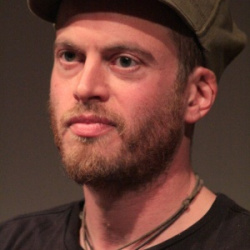 Pete the Temp, pictured, is this year’s website poet in residence at Glastonbury festival  - and one of his first Glastonbury poems, 'Pray for Rain', concludes: "You’ll be digested / by the mud / in your own sweet time." Comperes at Glastonbury’s Poetry & Words tent over the next few days will be Rosy Carrick and Dreadlockalien, and the bill includes the Anti Poet, Megan Beech, Vanessa Kisuule, Luke Wright, Jess Green, Charlotte Higgins, Kayo Chingonyi, Phill Jupitus, John Hegley, Attila the Stockbroker, and Anna Freeman. As well as performing, Paula Varjack and Dan Simpson will be hosting the Glastonbury Slam, whose previous winners include Hollie McNish and Luke Wright. It takes place on Sunday 28 June at 5pm. And anyone who visits the poetry tent should look out for Hebden Bridge’s own Winston Plowes, that champion of “found poetry”, who may be found outside it himself between 10.45-11.45am with his Spoke-n-Word machine, “the world’s first, and possibly last, random poetry generating bicycle”.

◄ Write Out Loud's Risk a Verse at Huddersfield tonight

Larkin to get Poets' Corner memorial ►