Farewell to John Rylands library with readings full of illuminations 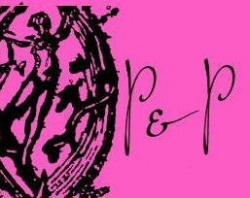 Manchester’s immensely popular music and poetry event Poets and Players is fighting back after being surprisingly snubbed by the Arts Council which has supported it for a good while. But if the organisers were downhearted, they showed no sign of it at Saturday afternoon in the John Rylands library. They are submitting a revised bid and have gleaned plenty of support from poets, players and listeners, which has lifted their spirits.

This was the last event at the Rylands - next time Poets and Players will be back at the reopened and extended Whitworth Gallery. For this last date they produced a wonderful afternoon of poetry with another packed house welcomed by the Jones Quartet (James Jones, Tudor Trita, Daichi Yoshimura and Alexander Dakin), four string players from Chetham’s School of Music who performed Debussy’s Quartet in G Minor which was glorious, particularly the first and second movements which began the second half.

The setting in the Historic Reading Room at the Rylands is particularly conducive to getting the best out of words and music with sunlight streaming through the stained glass and festoons of lights reflected on the glass doors of the bookcases.

Maria Isakova Bennett began the poetry reading from her new pamphlet Caveat and other poems from a project she is undertaking with the Walker Art Gallery in Liverpool. The artist, poet and teacher from Liverpool was highly commended in the Gregory O’Donoghue poetry competition last year, shortlisted in the Munster Literature Chapbook Competition, and awarded first prize in the Ver open poetry competition. Last month, her debut pamphlet was published by Poetry Bus Press in Ireland.

Many of her poems are landscapes awash with colour and watery, windy atmospheres mixed with deep emotions. But ‘Adrift’, inspired by her time as a homeless centre volunteer is a compelling interior piece with some wonderful pictures.

We serve plates of food –

Coaxed into standing, he slides

Backwards and forwards in unlaced shoes.

A bruise for a face. He falls and rises, slips

And staggers away between unsteady men.

‘The Paper Tree’  and ‘Looking for the source of madder’ bookended two new works from the Walker Gallery project and she included the eponymous ‘Caveat’ (beware) which summed up what she described as the ever-present theme in her work – absence.

Melissa Lee-Houghton – a Next Generation Poet 2014  -  is already working on her third poetry collection. Her second, Beautiful Girls, was a Poetry Book Society recommendation. Her longer pieces are challenging in form and content, but it is hard not to succumb to her blunt, naked spilling of emotion.  She said she always felt that she could solve any problem in the universe by talking about it. The most dangerous thing is to keep silent as her anecdote about her granny’s 25-year feud over a misunderstanding  illustrated – ‘“five years is enough’.

A new poem ‘Blue Prelude’ - “love a prelude to sorrow”  - says in verse what most would bottle up inside.  Melissa’s blog (melissaleehoughton.wordpress.com)  tells a lot about where she is coming from. ‘That afternoon we listened to Sparklehorse and thought about dying’, inspired by a dear friend -  “even though you stole from the shop I worked in”  - who went on to commit suicide was tender, wistful and funny in turn. Not easy to listen to, but intensely moving.

John McAuliffe’s A Better Life (2007) was shortlisted for the Forward First Collection Prize and Of All Places (2010) was a Poetry Book Society recommendation.  The co-director of Manchester University’s Centre for New Writing and respected critic and teacher dedicated ‘Old Style’ to Poets and Players founder, the late Linda Chase. ‘Aerialist’ was inspired by the true story of  a tragic circus performer in Ireland.

Every artist looks after his own props. The balloon

‘exploded into flames’, the cage fell, then the heavy steel ball.

thought it was part of the act, fire as magic, whoosh and clatter,

nothing irregular in the mid-air routine.

McAuliffe has a new collection out soon, and read poems from his proof copy. ‘On Earth’ and ‘Astronaut’  were accomplished and marvelously descriptive but my favourite was ‘Shed’  which turned the saga of a secondhand shed into something special – worth buying the new book for that alone, I reckon.

So it’s farewell to the Rylands, which has served Poets and Players brilliantly for the past two years. See you next time back at the Whitworth on 30 May when judge Paul Muldoon and winners of the third annual competition will read poems.

Background: Duffy and Armitage back Poets and Players

◄ Kei Miller, and mapping out the truth behind appearances

A grand review, Judy. I love the lines you choose to quote, but especially the ' little rescue rafts on an uncertain sea'.

There's poetry in your words of review, too: landscapes awash with colour and watery, windy atmospheres