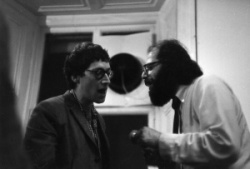 This year marks the 50th anniversary of a legendary poetry event - the First International Poetry Incarnation on 11 June 1965 that saw over 7,000 people pack the Royal Albert Hall to witness Allen Ginsberg, Lawrence Ferlinghetti, Adrian Mitchell, Michael Horovitz, Gregory Corso and many others appear at what has been subsequently described as “the birth of performance poetry”. Writing about it afterwards, the poet and novelist Alexis Lykiard said: “No one knew what to expect: during the course of the evening flowers were distributed; weird papier-mache creatures strolled about the aisles … poets and hecklers interrupted each other; and a girl in a white dress danced under the pall of potsmoke with distant gestures of dream. And the last sight of Allen Ginsberg was one to cherish as, singing to his finger-cymbals, and shuffling like a wild-haired bear among the flowers hurled at him, he was surrounded by, and finally disappeared in, a mass of foliage-waving enthusiasts.”

Michael Horovitz – pictured with Ginsberg  – was one of those who was there in 1965. Famous for his New Departures publications, Children of Albion anthology, and Poetry Olympics, Horovitz, who will be 80 next month, will perform at Poetry Reincarnation, an event to commemorate the anniversary, at the Last Word festival at the Roundhouse in Camden on Saturday 30 May.

There are many other highlights at the Last Word Festival, a festival of spoken word, live performance, and storytelling from 16-31 May, including John Hegley, Luke Wright, Polarbear,  Mark Grist, Tongue Fu, Rob Auton, Deanna Rodger, and Inua Ellams. More details 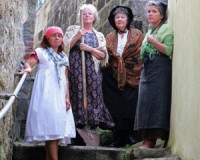 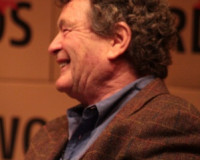 Trouble is, if they can remember, they probably weren't there. David?

PS: have just posted on my FB homepage seeking other attendees.

Well, Greg has taken me down memory lane: let's wait and see what he found there.

And, yes, if we can find any other attendees that would be good.

This makes you think back. I was only fourteen but 1965 was the year my passion for the music of Bob Dylan began. If only we had known?

You are a dark horse, David. You were there at the birth of performance poetry? Really! Tell us more. Show us the photos. I hope you wore beads, a Khaftan, or at least an Afghan. Wow! I was just quoting this article in my email to the Nuyorican Poetry Café in the East Village, which Ginsberg described as the most integrated place on the planet, when I spotted your comment. I wonder if we can rustle other attendees up.

Blimey, David, were you? I will be quizzing you about it ...

I was there. Anyone else?