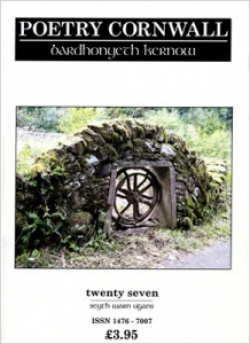 A poet and editor has been jailed for 13 years for child sex abuse. Les Merton, aged 70, of Redruth, Cornwall, was found guilty at Truro crown court of 16 counts of indecent assault against girls and four counts of indecency with a child, according to a report by BBC Cornwall. Merton was editor of Poetry Cornwall magazine, which he launched in 2002.

◄ 'You don't have to be miserable to be intellectual': Northern Ireland journal seeks lighthearted poetry

Write Out Loud Middleton at the Ring O'Bells on Sunday ►