The haunting: Dan O'Brien on how he came to write 'docu-poetry' about war 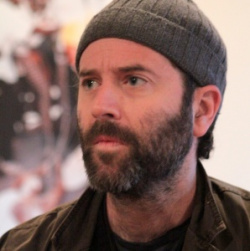 Several years ago American playwright and poet Dan O’Brien heard Canadian photojournalist Paul Watson giving an interview about how he was haunted by a photograph he took of a dead US serviceman in Somalia – and O’Brien in turn was “spooked” by it: “I’ve always been susceptible to ghost stories.”

In the foreword to his poetry collection War Reporter, which won the Fenton Aldeburgh first collection prize last year, O’Brien says: “He [Watson] is best known perhaps for his 1994 Pulitzer Prize-winning photo of the body of an American soldier dragged from the wreck of a Black Hawk through the streets of Mogadishu. When Paul took this picture he heard the dead man speak to him, ‘If you do this, I will own you forever.’ “

From these chilling words have come a play, an opera, a poetry collection, and even a pitch for a TV series. At a packed Peter Pears Gallery in Aldeburgh at 9am on Remembrance Sunday, where examples of Watson’s war pictures, including the one from Mogadishu, were exhibited, O’Brien – who sees himself as “a playwright who moonlights as a poet” - said  he had now been writing about Paul Watson for seven years. “A lot of the poems in War Reporter are inspired by many of the pictures in this room. I’ve almost created a cottage industry.”

He had “obsessively recorded” many email conversations with Watson, who had also passed on to him many of his recordings from conflict zones around the world. After that first radio interview “I emailed Paul, saying that I wanted to write about him, but that it would have be strange”. Watson agreed. He has continued to cover wars, in Afghanistan and Syria, and “many of the pictures in this room are from Aleppo”, O’Brien said.

He said of Watson: “He was born with one hand, a smaller guy – he looks a like an underdog. He wants to tell humanistic stories, that focus on human rights. Paul’s always drawn to telling stories about victims.”

On Sunday O’Brien read a poem about one of Watson’s encounters in Syria, at a restaurant where the owner threatened to throw him out, joking that as soon as journalists turned up, they got bombed. They went down the street, and the building was indeed blown up. The owner survived, but ended up in hospital. Other unwitting but horrific casualties …  O’Brien said that Watson had become more involved in “activist journalism”, and had brought a young girl from Kandahar to Canada, with a translator, too. Back in Afghanistan, a number of the translator’s family were killed by the Taliban, in retaliation.

O’Brien was asked whether he felt that what he and Watson were doing was exploitative in any way. Talking of his own role, he said: “One the one hand it felt easy, because he does the hard work … it does make me feel anxious, that hopefully I’m not exploiting him. I think about that a lot.” He said that in the beginning Watson, as a young man, had approached conflict reporting as a “war tourist … as a rock n’ roll endeavour … now he constantly wants to get out of war reporting, but on the other hand sees what he does as chipping away at the lies”.

On Friday night at the Britten Studio at Snape Maltings, O’Brien read a number of poems from War Reporter, and told his audience that Watson’s Mogadishu photograph of US Staff Sergeant William Cleveland had been credited with accelerating the US exit from involvement in Somalia, and with helping to create the climate for an isolationist stance that only ended on 11 September 2011.

O’Brien returned to the photograph: “There are members of the dead soldier’s family that are fine about what Paul has done, and what I have done … but I have received at least one email form a family member who is unhappy about it.”

He said War Reporter had been described as “docu-poetry … I guess that sounds fair.” What did Paul Watson think about the book? Amazingly, as far as O’Brien knew, he hadn’t read it, or seen the play. “Because it would be too much. He can’t bear to keep returning to this stuff.”

The strange case of the 'lost' poet: on the trail of Rosemary Tonks ► 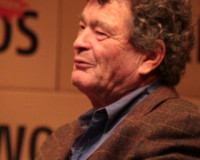 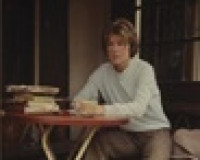 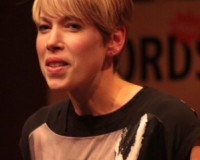 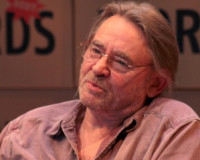