(not) painting a Carr's water-biscuit box 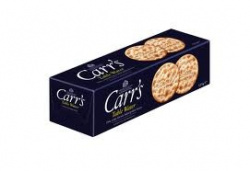 (not) painting a Carr’s water-biscuit box

George looked at me, in an all-knowing way, and said
“paint what you see”
as he handed me a Carr’s water-biscuit box

it’s blue, I thought, and boring,
but I took it away and set it on a table
in luke-warm autumn sunlight

after a while, I had a rough oil pastel sketch
that I thought was quite accomplished
I had caught the slight sheen from the sunlight
on the dark blue box
and the cream coloured biscuits
seemed to jump out from the background

George looked at me, in a disappointed way, and said
“no, paint what you see”
as he handed the sketch back to me and turned away

OK – it’s angular, I thought, and boring,
but I drew a quick pencil sketch in cubic form
then swiftly slashed oil paint onto the canvas

after a while, I had an oil painting
that would have been a Cubist’s dream
sharp angles, clipped and jutting
from a perfectly formed perspective,
light and shade fighting for prominence
and the biscuits muted and round

George looked at me, sighed, and said
“no - no -  no - paint what you see!”
as he threw the painting onto a pile of others that reached the roof

life had not prepared me for George
I had been happy painting nudes,
fresh from school and naïve of the human form
embarrassed by the soft female folds
dark patches of pubic hair
and the gentle, sad, eyes of Jean

so I painted what I saw

now everything has a white space
at it’s centre
in the shape of
a Carr’s water-biscuit box
and that’s OK
because the rest of reality
is massive….