Selling spoken word: reasons to be cheerful at Burning Eye 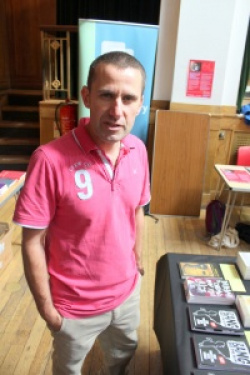 Clive Birnie launched Burning Eye Books after spotting a gap in the market – no one was focusing on poets working the live circuit. In the second of our Publisher’s Showcase series, he tells Greg Freeman why he had a hunch that working with such writers might be commercially viable, that he is not gloomy about the state of poetry publishing - and why he thinks the performance/page poetry debate stems from a basic misunderstanding.

The name Burning Eye  looks like a play on your own surname. Is there another reason for it as well?

You are spot on. I have spent my life spelling my name “Birnie-with-an-i” and it gets misheard as Burning Eye. The owner of my local curry house thinks my name is Mr Burning.

Is being a publisher a full- or part-time job? Do you have another one as well? How many hours a week do you put into Burning Eye?

I spend enough hours on Burning Eye to call it a full-time job but it weaves in and around the job that pays the bills. I am co-owner and CEO of a consumer goods business in Somerset. My business partner and I rescued it from bankruptcy via an MBO [management buyout] in 2003 and we employ 50 people making things like this. I am also involved in two other businesses. I like to be busy.

Why did you decide to publish performance poetry?  Who are your biggest-selling names? Do you go along with the generally gloomy outlook about the state of poetry publishing?

I publish “performance poetry” because no one else was focusing on a body of poets who were working the live circuit. I felt there was some significant work not being captured in book form and I had a hunch that working with these writers might be commercially viable.  I don't mean likely to make much money but enough for the enterprise to become self-reliant and sustainable over time. Our biggest-selling poets so far are Rob Auton, Ash Dickinson, Tony Walsh,  and Jonny Fluffypunk.

I am so new to the game that I am not gloomy. I don't think I am alone in that. I know Salt threw in the poetry towel but I have not heard Neil Astley [Bloodaxe] or Michael Schmidt [Carcanet] say that they are in despair. Poetry is always in crisis, we are told, and yet when you get up close the opposite always seems to be the case.  I don't need to tell you that live poetry is thriving, but the TS Eliot prize tour, Bloodaxe's Being Alive / Staying Alive tours, and Julia Bird's excellent productions (eg I Gaze From My Kitchen Like An Astronaut) are examples that live poetry is not all Felix Dennis and slams.

How do most of your books sell? By internet mail order, or through individual poets selling them at gigs?

A big part of the strategy from day one was to structure things to generate sales at live events, so gig sales are a big percentage - partly because there was demand from audiences to drive this, and partly to both incentivise poets to promote the books and help them to make some money to add to their poetry income. It is no coincidence that the four poets I quoted above as bestsellers are all professional poets who are out gigging regularly. Online sales are next, with the retail trade bringing up the rear. We are just about to start working with Inpress though, so this should increase our trade sales.

Some critics argue that performance poetry does not translate well to the page. What’s your response to that?

I think this stems from misunderstanding. I don't like to define what performance poetry is or isn't. Is it Sir Andrew Motion reading at Bang Said The Gun? Carol Ann Duffy reading to 100 people at a gig on a reading tour?  I use it to communicate to a body of poets who have a preference for reading / reciting their work out loud that I am open for business, but that is not a definition. I think the stage to page nonsense is written by people who stumbled into a particularly hip-hop inspired slam one night back in 1994, didn't understand it and assumed that a use of rhyme was all there is to it. The same people dismiss all live poetry as “slam”. Slam is a competition format not a genre. Or to answer the question another way here are excerpts from two poems:

“men in the prime of their lives,

dreaming all night of that slow white out by the river”

“I started secreting pieces of myself

in the creases of other people, for safe keeping.

Squirreling them away so later I could retrace my steps,

truffle them out with my nose and my instinct, like a dog.”

Which is from the “performance poet”? Is one “proper contemporary poetry” and the other not? Does one not translate to the page? The first is from ‘The Fair Chase’ by John Burnside, the first poem in Black Cat Bone, winner of both the TS Eliot and Forward prizes. The second is from ‘Haiku’ by Sally Jenkinson from her Burning Eye chapbook Sweat-borne Secrets. Someone should have told John rhyme is a crime and directed him to the nearest slam tent.

From another perspective you could call call the Burning Eye school (if it is such a thing) Urban Realist Poetry. Poetry written by urban poets, writing about real life using accessible everyday language. Tony Walsh, Mike Watts and Sally Jenkinson are standout examples, but even the more surreal Ash Dickinson and Rob Auton are using comedy and kook to hold a mirror up to the 21st century. There aren't poems about the chaffinch in any of our books.

I understand you’re a poet and novelist yourself, and have had some success recently. Are you a performance or a page poet? When do you find time to do it?

A poet who has written a novel maybe, I am not sure I have earned the label novelist yet. I had a poem make it onto the (long) shortlist for the Bridport prize this year and picked up the Wyvern prize at the Wells festival of literature for my poem ‘The Flesh-Maker's Wife’. The Wyvern is a small prize for poets living in or near Somerset, and is awarded in addition to the main prizes, so a modest triumph. I wrote it on paper but at the award reading I performed it from memory.

Rush to buy tickets for Seamus Heaney night at Southbank ►

Publisher showcase » 'If we enjoy it we will try to publish it': Indigo Dreams aim to give new poets a chance 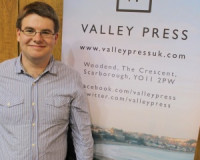 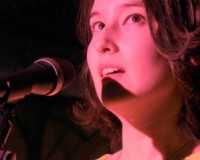 I possess a weighty anthology, The Poetry of Birds, which also fails to mention the chaffinch. There's one by John Clare about the chiffchaff, but that's as far as it goes. Bullfinches, greenfinches, goldfinches are all represented, but no chaffinches, as far as I can see. What is it about the chaffinch? What's going on here?

Write us a poem about Dunnocks, Darren - they have far more interesting habits!

My next poem is about Chaffinches.

I enjoyed this article too and it's great to think there's someone out there looking to give the spoken word more respect.

As for page vs performance poetry, I still maintain there is a difference, but it becomes less of one depending on the skill of the poet. There are plenty of stonking performance poets out there, whose work I just wouldn't want to buy - because it doesn't work on page for me without the delivery; I suppose it depends on personal taste in reading matter.

That's pretty much what I love about the performance scene. I don't want to hear about chaffinches - nor for that matter do I want to read about them ;)

I enjoyed reading this. The enterprize sounds worthy. PagevsPerformance is such a lark. IMO, the only aspect of this debate worth discussing is Spelling and Punctuation which means nothing in recitation, and rather more to the reader. Otherwise, what is the difference?