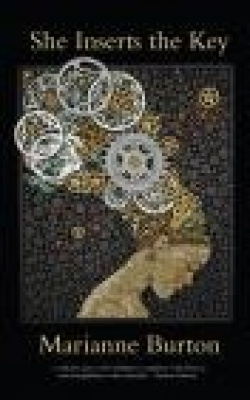 Based on a series of observations around hours of the day called  ‘Meditations on the Hours’, this debut collection is remarkable not only for its assurance of technique, but for the poet’s ability to make incisive connections with the things in life that somehow exist at the periphery of our vision – that we too often miss, or sometimes simply prefer not to see.  This poetry seems to look two ways: on the one hand to be anchored in the tradition and the lyric, while on the other to look forward to the experimental.

Some of these meditations on the hours could have been penned by the monks of Iona on calf skin:

If there are ghosts here, they are quiet ones.

I feel nothing restless echoing in these stones …

You should come here in winter, through rough water

Step out of a small boat, the taste of unclean salt

while others could have been written in blood on the floor of A & E.

There were some good moments.

OK, not pacing the corridors at 2am,

Nor calling security on the two lads

Shooting up in the Ladies

Here is no unabashed lyricism and romance, so take care if sliding into a deckchair with this book and a glass of wine, for something will make you sit bolt upright and you will ruin your – well,  whatever you were wearing at the time.  Marianne Burton is a master of the art of disguising those dark feelings unfit for the light of day, the feelings we refuse to consciously acknowledge so that they pop up in our dreams.  The darkest side of sibling jealousy; the desolation of an abandoned underclass.   “A funeral is about the only real fun I can afford” says the narrative voice expressing a bitter dereliction of responsibility towards a society which judges by personal worth,  by ownership: “when you’ve no income, no one says, come on in.”   (‘The Anagram Kid’).  I had to think long and hard about the title before I realized that “real fun” is an anagram of funeral.

The range of subject matter of this collection is vast: relationships, the natural world, death, birth, war.  There is even a poem after the Chinese poet, Du Fu,  about being locked out of the house:

Nothing for it but to watch the stars, and yawn

Away the hours, until Mars rises with the dawn.

(On forgetting my keys)

In ‘Three Songs of the Inarticulate’ the poet evokes the sounds on behalf of those that cannot produce their own, the Dodo, a Song for Michael (who has no speech or movement).  There is even a poem inspired by the famous Strawberry Thief motif from the William Morris designed wallpaper with, at its heart, the concrete

But for me this artist is at her best when revealing the hidden darkness of the human heart, laying it bare in the shocking and sinister ‘Behind the Cellar Door’. This poem put me in mind of the comments made by the Queen at the time of the Paul Burrell /  Diana’s handbags scandal that “there are forces at work in this world about which we know nothing”.   Based around the conceit of a child asking questions about what is going on behind the eponymous door, this poem leaves you hoping that you haven’t understood the answers correctly.

But the work is far from depressing and it achieves originality without resorting to gimmicks. As well as being beautiful in its own right, the poem  ‘Chapel of Nine altars’ has hair-tearingly, chest-beatingly good half-rhymes and eye-rhymes such as:

If the book jacket had not said “debut collection” I would not have thought that this was one.  This is a poet who has seems to have skipped the snow plough phase and is skiing on to executing brilliant parallel turns, waving as she passes. And this is a poet about whom we will be hearing a great deal more. Frances Spurrier

Tony Benn's festival appearance: the politics is in the poetry ►