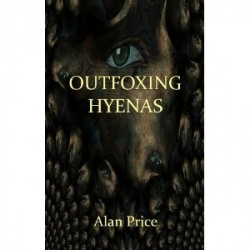 This is a debut collection, divided into three sections and telling of voyages, time, music, of boyhood and pubescence in which mythological, literary and art references abound. It is a rather mixed bag of poetics.

There are, as footballers say, positives. Not the least significant is the reader’s slowly building appreciation of the author’s analogies, perceptions, and allusions - beginning, perhaps, with the ambiguously titled Swimming Lesson.  Although there is little attempt to create a clear image of its would-be swimmer, the hesitancy lingers on after the poem because it’s

The coolness of why.”

Intriguing lines that stand out for me include “the long, elegant weave of a Proustian sentence” (Hit the Land of Combray); “sleep hiding in a young woman’s eyes” (Presence of a Waitress); and “short changed by copulation” (What shall we do about the flesh, Walter?)

“Now, jump up child onto the counter, trot well your father’s glory”.

There are sympathetic insights in this collection and a consistent tenderness when the poet writes of music, Aborigines, dreams, and his family, as in the lines from Certain Shops when his father slyly steals firewood while the family are shopping.

“Clutching my comic book, I called on

Desperate Dan, as if a Viking God,

to burn the wood and forgive us”

In several poems about boys there is early emotional pain, as when louts attack the young, sensitive Philip Mars - perhaps the poet as a boy (Invasion of Mars)

“Superior to any watery organism

Yet spoilt. Conceited. Up for bullying”

and in The Other Boy:

He wanted to be taken, but wasn’t that day.

offering his arms to the sky.”

In possibly the best poem in the collection - along with Monochrome, Price’s eulogy of black and white films – Possum at the Palace has Eliot reading to the Queen Mother and “the girls”,

in a sea of royals. Just wowing all the excitable mermaids!”

However, an annoyingly clipped style often undermines the pleasure in many of the poems, together with an insistence on brevity which reduce some lines almost to literate tweets, when longer lines would be more appropriate. It’s a forced slickness, a pointless “tightness”, sounding like clunky, red-top headlines in What shall we do about the flesh, Walter?

“Woman on Bed. Man on bed. Paint on Bed.

Woman on bed. Man seated on bed. Paint off the bed.”.

Yet, when Price could profitably cut, he doesn’t; as in the opening poem How Many Stories of Rivers? the line – “set at night on the river Thames”. We know the Thames is a river. The metaphor of a river as our life’s journey, though not original, is good; unfortunately, the execution isn’t. There are other occasional pieces of awkwardness, too:

“That ancient wound. Cutting deeper than the arrows

of today’s media, as Homer wretches copious over

In poems such as Garuda Bird Mask, Cracking, and Sonata every line begins with a capital, while only three of the 35 lines in The Traveller do not. This isn’t because the poet has deliberately adopted the archaic placing of capitals at the start of lines, but because every preceding line ends with a full stop. A surfeit of commas interrupts the flow, as in Man on a Mobile by Kindergarten Statue:

“Transportation for a statue, inside its crate,

or businessman, in his car,”

Despite the prosaic style of some of the writing, there is an intelligence and empathy at work, especially in the imagining of the narrator as a boy. There is, too, an understanding of what lies in the ordinary, in the narratives of personal experience.

Ken Champion is an internationally published poet and writer whose work has appeared in a wide variety of magazines. He has had two pamphlets and a collection, But Black And White Is Better (Tall Lighthouse), published, has been a profiled poet in South magazine, and has had fiction published in literary journals in the US and extensively in the UK. He hosts More Poetry in London’s Spitalfields.

Write Out Loud at Stockport tonight ►