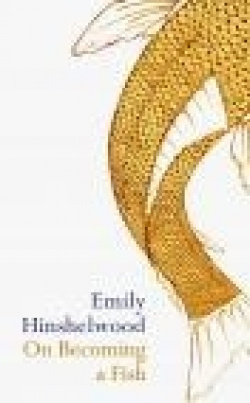 In our increasingly urbanised surroundings, with the commonplaces of environmental degradation and decline, how should we write about the natural world?

This question, which of course has no single answer, preoccupies many poets. Most chose to write either about nature on its own terms or about how man responds to and influences nature. Emily Hinshelwood falls into the latter camp with her latest collection, On Becoming a Fish. Reportedly seven years in the making, it is an exploration in verse of the 186-mile Pembrokeshire coastal path. There is a rich melee of characters encompassing anthropomorphised rocks, seabirds, casinos, cavemen and skinny dippers, reflecting Hinshelwood’s interest in human impacts on the environment. Hinshelwood has won several awards for her work including the Envoi international open poetry competition for the title poem, On Becoming a Fish.

The 57 poems in this collection all address aspects of the coastal walk which Hinshelwood revisited time and time again, meeting many different characters as she retraced her footsteps in the long process of composition.

Elsewhere the poet has spoken of her difficulty in writing nature poetry and how long it took her to find a unifying theme and complete this collection and it is this difficulty perhaps which accounts for the difference between this collection and others centred on a natural phenomenon. In Alice Oswald’s Dart, for example, the river that runs through the book is an almost physical presence, whilst here the natural world is subsumed into the human response and use of it. Consequently the collection is rich in poems about people, and even when people do not directly appear in poems Hinshelwood skilfully gives the landscape human characteristics. Thus in a poem called Westphalian,

“The rocks have worn to a sauna of bodies’’ and these same rocks “know they will clasp rigid, naked,/cold, as the sea rolls over their heads”.

This preoccupation with human presence is connected to the poet’s environmental concerns as, for example, in Crossing the Estuary where an absent egg-collector has left “two thousand eggs stored like a stamp collection” in his attic. Or Blue Lagoon where a duck is imagined diving down “past galleries of men who blast the rock”.

Despite this the tone of many of these poems is decidedly upbeat, even delighted, as in Bladderwrack where the reader is exhorted to throw seaweed on the fire and “When it’s popping bullets / out of the fire breathe in / a potpourri of the ocean”.

Some poems however slip into an elegiac mood, tugging at the sense of loss which is so bound up with current attitudes to the natural world. Maritime Museum imagines a whale calf caught by whalers and ends:

“The great mother hangs at a distance calling

until they take her too in the thick of her loss”

and we feel not only the whale’s grief but our own at the loss of the “great mother”.

Intent on writing about the coastal path, inevitably perhaps Hinshelwood struck upon the notion of boundaries as the unifying theme for her work. The collection explores boundaries, she says, “not just the topographical boundary of sea meeting land – but the concept of boundary itself: political borders, social barriers, environmental limits, historical divisions”. Yet for the reader often this notion of boundaries shades into the actual crossing of boundaries, into transformations. This is particularly the case in the title poem, where the narrator transforms into the eponymous fish, but many other poems perform the same trick. So in Intent the sand becomes the sky where “White clouds hare over the ground” and jellyfish “glisten in the ridges / like stars”.

On Becoming a Fish employs a patchwork of forms with lines and stanzas often breaking for sound or sense rather than a particular structure, although more regular forms do lurk within the book such as the loose sonnet Kyrie Eleison. This looseness of form allows the poet to match her style to her subject, so Searching for a map of Pembrokeshire in Pembrokeshire, with its short choppy lines, has the rhythm of the speech it seeks to replicate. It also means that the human characters which the poems describe are the centre of the book, each with their own short poem (all the poems are confined to a single page), rather than the over-arching theme of the coastal walk. The poems have a witty conversational tone which can strengthen into images of surprising power, as in Halloween in Trefin:

in my mother’s closet”.

There are many strong poems in this collection which can help us understand our complex and historied relationship with our coastline and each other. Much of the language used is compelling in its simplicity:

“The two swans had been floating

A few of these poems carry little more than their immediate sense and so descend to the level of anecdote (Raspberry Ripple, Fishguard Lifeboat Crew) or polemic (Wishing Well) but in many Hinshelwood transcends the quotidian and reflects the life of the Welsh coastline back to us in a transfiguring light. Cato Pedder

After 15 years as a newspaper reporter, Cato Pedder recently completely an MA in Poetry Writing whilst juggling the needs of three small children. She lives in Bristol and is working towards her first collection.