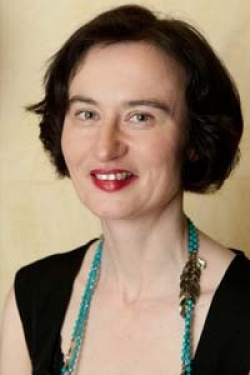 Fiona Sampson, who resigned as editor of Poetry Review earlier this year, is to launch and edit a new poetry magazine next month. The first issue of POEM magazine, described as an international English language quarterly, is due on 24 January. The first issue will include poetry from Sean O’Brien and Michael Symmons Roberts, an interview with Paul Muldoon, and new work by emerging poets. Andrew Motion, Don Paterson and John Burnside are among those on Poem’s advisory board.

In a lengthy interview with Write Out Loud’s Frances Spurrier earlier this year - just before she quit Poetry Review in the wake of turmoil at the Poetry Society in 2011 - Sampson said: “I do believe that in schools everyone should be taught the canon.  It is not elitist to teach that certain writers can be thought of as amazing - to present that as a fact.”

In the same interview she also revealed that Poetry Review received a staggering 60,000 submissions a year, although it only had 4,000 subscribers, and added: "Everyone thinks they can write poetry. It is like photography."

The magazine may be contacted at POEMmagazine@yahoo.co.uk.

Everyone can write poetry. Just as everyone can take photos or draw or even make music.

Then of course, there's the question of who decides what good poetry is... can't say personally that Fiona Sampson's idea of good poetry is the same as mine...

According to recent discussion threads

everyone CAN write poetry, and everything IS poetry - or so I'm told. This seems to be at odds with the esteemed Ms Sampson's thinking. Photography seems to be much simpler to define; surely that's any image created using a photographic device? I would suggest most people could, given basic instructions, use a camera? As to the "quality" of the resulting image . . .

"Everyone thinks they can write poetry. It is like photography." I love that comment, right on the nail.

I used to be an OK photographer and able to scrape a meagre living but by that barometer I must be a terrible poet :)