Disappointment For The Albert Poets! 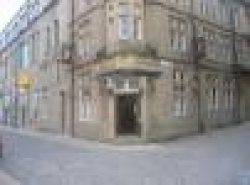 We reported last month that it looked as though the Albert poets were going to return to the Albert  on the 12th of February following it's reopening.

News has reached us, now confirmed, that unfortunately the Albert has closed again and so the group have been forced to move to the cellar, Dogma, 29 Queensgate, Huddersfield on the Ring Road opposite the university.

Having had to vacate their home in July of 2008 the Albert poets are returning to their spiritual home, The Albert public house, on 12th February. So hope to see some of the regulars returning at 8pm for this free event. See gig guide nearer the time for details of guests etc.

Thanks for the info. I am sure I will be able to get along at some point
Winston

There is more information about this and a little bit of the Albert Poets' history on Nina Boyd's website - www.ninaboyd.com