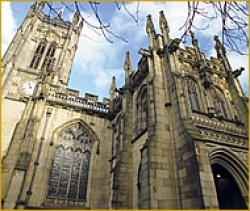 The poems submitted should be ‘broadly religious,’ that is, ‘spiritual’ in nature and, like all good religious poetry, should appeal to those who would not necessarily describe themselves as such. ‘Religious’ thus includes poems that are Christian, as well as those from within other faith traditions. Those struggling to discover their own sense of the sacred are also invited to submit entries. Poems are welcome in any style or form and will be judged solely on their merits as poetry.

Our JUDGE for our 2007 competition is Ian Pople whose An Occasional Lean-to was published by Arc in 2004. Ian was born in Ipswich and educated at the British Council, Athens and at the universities of Aston and Manchester. He has taught English at secondary level and in higher education in Sudan, Greece, Saudi Arabia and Britain, and currently teaches at the University of Manchester. His first collection of poetry, The Glass Enclosure (arc, 1996) won a Poetry Book Society Recommendation and was also short-listed for the Forward prize for Best First Collection in 1997. His latest collection, My Foolish Heart, [2006] is published by Flarestack.

ENTRY FEE: £3 for the first poem and £2 each for others. Entries must be received by Monday 2nd July 2007

For an entry form or more information contact Albert Radcliffe by emailing albert.radcliffe@dsl.pipex.com