Call of the wild at Cheltenham poetry festival 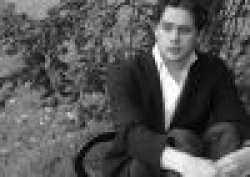 A smallish room with bare walls up a steep flight of stairs, with only a single potted plant provided by the poet might be considered an inauspicious setting for a session on nature poetry. But Matthew Barton, a former BBC Wildlife Poet of the Year, who spoke of our humanity being “enlarged by connection with the natural world”, took us with him in giant strides beyond the four bare walls, stepping through sunflowers and nettles, an observation of magpies and buzzards, carefully restoring a stranded octopus to its element, and among frogs and snow, indigenous people and bindweed. His poems were characterised by a keen vigilance and satisfying attention to detail. Earlier Robin Gilbert had read a selection of famous nature poems by the likes of Keats, Clare, Hardy, Edward Thomas, as well as Gloucestershire poets such as Laurie Lee and Alison Brackenbury.

This spartan venue that took some finding but nevertheless provided welcome tea and biscuits was the first port of call for Write Out Loud’s gig guide administrator David Andrew and myself, on a Saturday awayday at the Cheltenham poetry festival. After rain stopped play and the Perfectly Performed open-air performance poetry planned for the Brewery centre was called off, David and I went on to the packed Muffin Man venue to hear Bobby Parker – “this is the first time I’ve done this kind of thing sober” – and Helen Ivory. Parker’s poems of gambling, drugs, his baby daughter and his wedding eve nerves elicited sympathy and interest from a younger audience, while Ivory’s often mysterious, abrupt endings often took one by surprise. She included work from a new collection coming out next year, about childhood, and family, and Bluebeard.

Our final Saturday stop was at the Exmouth Arms for Nine Arches Press’s Poetry Jukebox, featuring Luke Kennard, pictured, Daniel Sluman and Phil Brown, all three admirably meeting the challenge of providing entertaining, thoughtful and unexpected poems in response to such jukebox themes as Sex and Drugs and Rock and Roll, Town Called Malice, and Mr Blue Sky - a neat idea dreamed up by Nine Arches Press as a way of showcasing some of their brightest writers. This is obviously a very incomplete snapshot of the rich variety of poetry, as well as music, comedy and theatre, that was taking place over five days and nights at Cheltenham, a young festival stepping out from under the skirts of the town’s more famous literature extravaganza, and in only its second year. Word was spread to us of the treats we had missed, such as Martin Figura’s stage show Whistle on Friday night, amid a wealth of slam, music, stand-up, theatre, hip hop and rap. But the poetry that David and I heard gave us a big buzz – and was well worth the drive of a mere two hours down the M4 from west London.

When Cheltenham Poetry Festival launched in 2011 it was described as ‘a triumph’ by poet Alison Brackenbury, now in its second year ,it has returned bigger and better with 95 performers over 5 days overseen by Chief Executive Director Anna Saunders. Saturday had a range of events and the two which caught my eye were the Nine Arches Showcase at the Exmouth Public House, Bath Road in the afternoon, and Pulp Diction at the Town Hall in the evening.

Nine Arches Press have been steadily growing an impressive catalogue of poets over the past few years. Co-editor Jane Commane was on hand to introduce, and link, three poets from her stable; Luke Kennard, Dan Sluman and Phil Brown. Promoters are always , rightly, looking for ways to refresh poetry readings. The device used this afternoon was to pre-nominate eight themes culled from song titles, and invite members of the audience to select which order they were performed in.

The advantages of this mechanism were the novelty, audience involvement and dramatic uncertainty of what was to follow. The disadvantage was that the poets did not have an opportunity to develop their identity over successive poems. Nonetheless, the credits certainly outweighed the debits in a well worked format which showcased the work of three poets:

Daniel Sluman is Gloucestershire based, so was on home turf and unveiled material from his upcoming debut collection, Absence Has a Weight of its Own. He modestly asserts that his claim to fame is having once been bought a drink by Poet Laureate Carol Ann Duffy, his writing, and performance was meticulous, considered and contained.

Phil Brown teaches English in Sutton, south London. In 2009 he was shortlisted for the Crashaw Prize and won the Eric Gregory Award in 2010 his most recent collection is, Il Avilit. His readings were characterised by simple, effective language and ear catching observations. Never before have I heard a tale of bored privately educated schoolgirls uninterested in poetry because they were destined to be doctors – but that is exactly what unfolded in Grammars and Comprehensives. That gift of the unexpected twist ran through many of his pithy selections.

Dr Luke Kennard lectures at Birmingham University and has an effortless manner which beguiles and delights audiences wherever he goes . He is the youngest poet ever to be nominated for the Forward Prize for Best Collection, -The Harbour Beyond the Movie(2007) . Including selections from Planet ~ Shaped Horse , he never compromises in content or form ,drawing the audience to join him, not pandering to what they may think they want. Kennard is in the vanguard of contemporary poetry, leading, and setting the pace, catch him while you can . Death of Journalism was savage in its brevity, Elija a laconic delight ,with the wonderful line, ”All beautiful women think they can save the world, scoffs Simon, it’s a standard attendant pathology.”

It was a particular pleasure to see the event so well attended by an audience that included local LibDem MP Martin Horwood, adding his support to a very successful occasion.

Local star and festival favourite Amy Rainbow took time out from supporting the likes of John Cooper Clarke to perform as part of the Imperfect Pair delivering Self Mastery, Mr Right and The Man Who Wore Tweed with her customary waspish self- assurance. Catherine Crosswell worked hardest on the night performing a poetry set, and a musical one, as one part of “Four Tart Harmony.”

Perfect stood out, as did an ambitious and successful closing mash of Fat Bottomed Girls and I Get Knocked down (But I Get Up Again). The Tarts looked good, sang clever arrangements well and obviously enjoyed themselves – as did the audience.
Both events, although diverse and divergent in content, bore testament to the depth of talent around and augurs well for the continued success of future Poetry Festivals in Cheltenham.

Thanks, Greg, the session you went to sounds very inspiring. I have always felt that we humans are privileged to share the planet with its rich natural wonders.
This new festival definitely sounds as if it is worth supporting -- I'll look out for it next year. Wendy