Patrick Kavanagh Award Winner to read at Over The Edge‚ 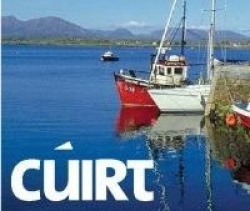 Enda Coyle-Green lives in County Dublin. Widely published in magazines and anthologies, her work has also been broadcast on RTE Radio 1 and Lyric FM.
Prizes for poetry include a Hennessy Award nomination in 2002. Her first collection, Snow Negatives, received the Patrick Kavanagh Award in 2006.

Alan McMonagle lives in Galway. His work has appeared in Southword, The Cuirt Annual, west47online and Crannog. Last year he took second place in the Sean O'Faolain short story competition and was also short-listed for the
Fish Story award. He is currently pursuing an MA in Writing at NUI Galway.

Aideen Henry lectures at NUI, Galway. She began writing poetry quite recently and has had poems published in West 47 and Crannog magazine. Aideen has taken part many times in the Over The Edge open-mic. She is currently
attending a poetry workshop at Galway Arts Centre.

As usual there will be an open-mic when the Featured Readers have finished.
This is open to anyone who has a poem or story to share. New readers are always especially welcome. The MC for the evening will be Susan Millar DuMars. For further details contact 087-6431748.

◄ Poets for the Planet wants us to turn out the lights.