Write Out Loud at the Octagon 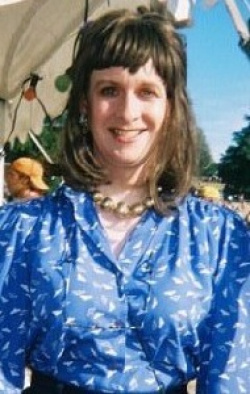 Glastonbury star Rachel Pantechnicon (pictured) supported by John Clays, Bianca Holden, & Scott Devon appear at one of our celebrated Octagon poetry nights which will be held at Bolton’s Octagon Theatre Bar, 8.30pm on 30 January 2007. With ten open mic poets this promises to be another one of our great nights so get there early to ensure you get a place! Comperes for the evening are Paul Blackburn & Dave Morgan

Described by John Hegley as “technicolour suburban entertainment”, and by Dave Morgan of Write Out Loud as “delightfully eccentric”, the ex-librarian was the winner of the Glastonbury Festival Slam Championship in 2004, and has played the Edinburgh Festival to five star reviews. “I was weeing myself” said Sue Perkins.

No doubt Miss Pantechnicon will be reading extracts from her best known children’s book “Cheesegrater Leg-Iron Lion” and from her mesmeric poetry collection which was recently described as “five parts Tammy Annual 1974 and five parts The Wasteland”.

Rachel Pantechnicon is a widely recognised talent on the national performance poetry circuit. Her appearance in Bolton follows on the roaring success of the Four Continents Slam hosted by Write Out Loud in November 2006. She will be appearing at the Octagon Theatre Bar at 8.30 on Tuesday 30 January 2007, and will be supported by Write out Loud regulars John Clays, Bianca Holden, and Scott Devon. There will also be ten open-mic opportunities for poets of all persuasions to demonstrate their talents. Entrance is £3 (£2 concessions) and for further information contact Dave Morgan (01204 382440), dave@writeoutloud.net, or visit www.writeoutloud.net