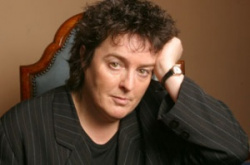 The poet laureate, Carol Ann Duffy, has penned an angry poetic response to the Arts Council spending cuts announced just over a week ago. Titled A Cut Back, in the style of Louis MacNeice’s Bagpipe Music, it laments that “the only bloody writing’s now the writing on the wall” and also includes a mention for “coalition shysters” and “pigging bankers”.

Published in the Review section of the Guardian, it is accompanied by notes listing other high-profile poetry casualties of the arts cuts, in addition to the Poetry Book Society. Included in the list are:

Lancaster LitFest, which will lose all funding from Arts Council England after 2012.

Enitharmon Press: no funding after 2012.

The Poetry Trust, which also runs the Aldeburgh Poetry Festival: no funding after 2012.

Flmbard Press in Newcastle. Most of their books are first collections by new poets. No funding after 2012.

Arc Publications in Todmorden: no funding after 2012.

Salt Publishing in Cambridge: turned down in the current 2011 round.

In a reference to the Poetry Book Society, whose cut provoked a angry letter to the Times by a number of leading writers, Duffy’s last stanza includes the lines:

Sat on your arses for fifty years and never turned a profit.”

Some arts correspondents have written that there was surprisingly little reaction to the Arts Council cuts. Maybe the protests are just beginning to gather momentum.