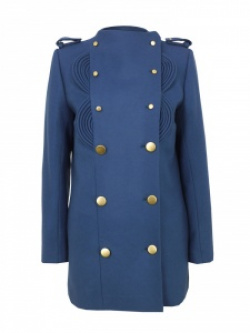 I remember going to a poetry reading at the Bluecoat, in Liverpool, a few years back.  Gordon D Henry was reading and there was a Q&A session after.  The first question asked from the audience left me gobsmacked at the arrogance of the questioner, who wanted to know how she could best use her poetry to put across her anti-racism.

It was not simply her self-delusion of grandeur that rankled me but also that question implied that poetry was no better than journalism or propaganda.  She seemed to suggest that there is nothing to poetry except the banality of its literal  meaning.

Take the controversy over the poem by Carol Ann Duffy, Education for Leisure.  It came about because the lines of the poem were taken literally.  The fact that Duffy responded by saying it was an ‘anti-knife’ poem, further compounded the problem and her embarrassing riposte,  Mrs Schofield's GCSE, published, where else but in the Guardian newspaper, left Duffy and co with nothing more to scrape from the bottom of the barrel.

This need to see poetry as simply a condensed form of prose has a very particular Englishness to it.  The popularity of poetry came about as a seeming, reaction to the metaphysical poets and the court poets. Though some, such as Thomas Wyatt,  aimed to revolutionise English poetry, through their appreciation of the Italian Renaissance poets who, themselves, were responsible for undermining the European (especially French) tradition of the minstrel poetics.  A reaction against the highbrow approach of those earlier, English poets, led to a rise in a more banal level of versification, that was especially popular in the cities.

Ben Jonson’s To John Donne, for instance, suggested a contempt for the loftiness of Donne’s mature works:

To it, thy language, letters, arts, best life,

All which I meant to praise, and yet I would;

But leave, because I cannot as I should!

And John Wilmot’s verses read rather like those dull twits or blog entries that pepper the internet, detailing the minutia of banal living, with his buggerings of page boys his other sexual conquests.

The Victorian days of Empire helped give the world some fine ballads, but the popularity amongst the middle-classes may be easily explained by the subject matter of heroism and Empire building rather than by their poetics.

And even in the years of Modernism, Wilfred Owen, Siegfried Sassoon, etc. were ‘WAR’ poets.  Their poetry seem to have no other value than the actual subject matter.

In the art of poetry,  looking for meaning seems to be the prime approach.  In the 20th century it became a search for the poet’s ‘meaning’.  The voyeuristic fetishism of searching for autobiographical detail was almost a national sport amongst theliterati  and though other nations engaged, to some extent, for the English, poetry has no value unless it carries a ‘meaning’ and seems to have greater value is if the poet is actually telling us what we should be thinking.  The poetry critics of Britain seem incapable of judging poetry by any other measure than what it says to us (or ‘what the poet is telling us’ to be more precise), so they scurry through the works Phillip Larkin to find traces of his racist outlook, or Emily Dickenson, in order to impose the latest mental diagnose on her in order to explain her isolation. And poor Walt Whitman; declared to be gay because some of his poetry mentions sleeping with his fellow man.  That this may easily have been seen as Whitman’s love for humanity, seems to escape the multiculturalists who have to claim him as one of their own: to give meaning to his (and their?) existence.

Take a look at the comments on many poetry sites, attached  to some posted poem and you will be hard pressed to find a comment that addresses the poem as a poem.  If a comment says more than ‘I like this’ it will more than likely be about how the reader empathises with the author.  Some people appear to think that the world revolves around them. But it is difficult to blame either the poet or the audience.  Treating poetry as a conveyance of objective meaning, at best and propaganda at worst is something that has become, after so many centuries, normalised.  The acceptance of the Stalinist school of Social Realism in the arts, particularly from the late 1940s onwards, in most European countries - but most eagerly in Britain - was only a logical step.  The backlash against ‘formalism’ was embraced in much of the European art world and few modernist poets would consider a sonnet or a villanelle.  When one maverick broke ranks, as Dylan Thomas was apt to do, the results were astonishing.  It was not until the 1990 (coinciding with the destruction of the Soviet Union and its ideology) that formalism came back in fashion.  Unfortunately there were (and still are) few poets of genius that could do anything other than use the tools, no matter how blunt.

Don Paterson illustrated this point back in 2006 with his versions of Rilke’s Orpheus sonnets.  Though there are a few flashes of brilliance in his versions, overall the project comes over as a novel, but lazy, idea.  In true British tradition, Paterson’s versions were an attempt to capture the ‘meaning’ of Rilke’s masterpiece, thus half of the volume is an unconvincing attempt to intellectualise the project.  But even this falls flat when one considers that Paterson was ‘indebted to the many other translators of the Sonnets from whom I have freely and shamelessly adapted lines when theirs presented the better solution . . . ‘ [Acknowledgments.  P. 85 faber & faber 2006].

And none of this raised an eyebrow.

Is it any wonder then that the idealistic poet from Liverpool can make such an arrogant declaration? Is it any wonder that Carol Ann Duffy can haughtily declare the superiority of her meaning over that of us peasants?  Mrs Schofield was well within her rights to interpret Duffy’s poem in whatever manner.  But by the very fact that Duffy personalised the issue with her childish response, Mrs Schofield's GCSE, suggests that there is still much to do in rescuing poetry from its ‘meaning’

If the state of poetry in Britain remained moribund, across the Pond in the USA the 20th century saw incredible advances in poetics.  Carlos Williams, Zukofsky and even the confessional and L=A=N=G=U=A=G=E poetic schools of thought uncovered new and exciting ways to use words, not just as simple definitions. US poets played with etymology and phonetics.  They were revered not as messiahs with a message to pass on, but as inventors of new sensations.  Carlos Williams’ Patterson, Zukofsky’s Catullus  transliterations, Charles Reznikoff’s found poem opi Testament and Holocaust,The Beats and even the egocentric rants of Bukowski, defined poetry as a unique art form, opening up new ways for the audience to experience the world about them.  For those poets, and their followers, poetry meant that the poetics came first and ‘meaning’ was secondary.

Certainly the individual will make sense of a poem, but they do so as they would make sense of any other art form: they create their own meaning.  In short, the poem requires the reader/listenerto give it meaning.

No poet should expect their audience to share their experience and as such they should see that the poem, once it is in the public domain, finds success or failure by how much a work has impacted on an audience.  Whatever ‘meaning’ the poet intends should have no relevance on how the audience perceives it (that applies to all art).  If ‘meaning’ is so precious that it is raised to the standards of absolute truth, then, perhaps, the poet should consider work as a journalist, if ‘meaning’ is so fragile that it requires cosseting, then the poet should really think hard about publishing their work.

Art should stimulate the critic in us all.  It should force us to confront our belief system as well as the real world.  To do this requires the active participation of an audience.  This is what makes art different from entertainment: the latter is there to comfort us and reassure us; the former should unsettle us.  For too long, poetry has been treated as entertainment.  Poets seem terrified to break out of their own cliché audience.  Carol Ann Duffy never strays very far from the pages of The Guardian, for instance.  When the poet does dip a toe into strange waters they do so apologetically; seemingly embarrassed by their role as poets; endlessly looking for ‘relevance’ in pop culture to justify their existence and provide poetry with ‘meaning’.

And in the end poetry actually becomes irrelevant.

◄ What do you get if you cross a cat with a weazle? A: |cat x weazle x sin (theta)|, where theta is the angle between

Standing room only for Liz Bentley at February Write Angle ►