Competition closes in 21 days, 15 hours. Get details and Enter.

Note: No profile exists for this entry - most likely it was deleted. 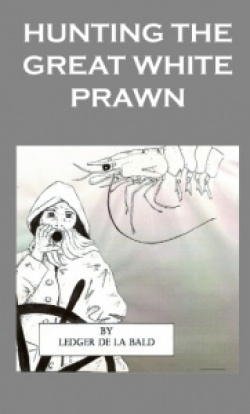 It started life as a poem called 'The Voyage Of The Prudence', written in 1989 for a bit of amusement only. But then this poem somehow became a stage show called 'Hunting The Great White Prawn': it grew to a hour and and a half in length and involved, as well as its two characters, a band. It got successful around Folk Clubs, Arts Centres, Comedy Clubs and Festivals before imploding due to the logistics of keeping it going.

After going into hibernation for a few years it started to re-emerge as a novel. Rather naively I believed that this would be easier than putting it on stage. I was wrong but, after several drafts, the novel was completed and ready to begin the rounds of humiliation from the Literary Agents. This did not last long though, having been made redundant after 24 years in the same job-and with little or no use for the skills I had acquired during this time-I decided to use the last of a disgustingly low redundancy payment in self publishing the book. We all have to try and turn a shilling.

Hunting The Great White Prawn is now a novel, available from my website here;