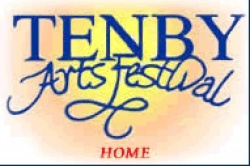 The competition attracted a total of 410 entries.  Many individuals entered more than one short story or poem so that the 410 entries were submitted by about 220 individuals.  Of these, 26 versatile writers submitted entries for both the short story and poetry categories.

Local support for the competition was strong with 34% of entries coming from the three West Wales counties.  8% of entries came from other parts of Wales, with 52% from England, and 5% from  Scotland, Ireland and the Channel  Islands.  One entry was received from Greece, and one from Florida. Of the competitors 60% are women, 40% men.  This balance is nearly reflected within the prize winning group, where two of the six prize winners are men. Overall, a wonderful outcome to the challenge of the Tenby Arts Festival’s first writing competition.