Poet and volunteer teacher who learned lessons from refugees 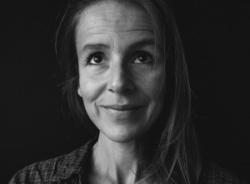 Chichester poets will be welcoming a writer whose latest collection is based on her experiences as a volunteer teacher in an emergency asylum home in Berlin later this month. Clare Saponia is the headline guest at the New Park Centre open-mic poetry night on Wednesday 26 October at 7.30pm.

She said: “My latest book, Federal Gods, is based on my experiences of volunteer-teaching in an emergency asylum home in Berlin during the 2015-17 immigration wave against the backdrop of Brexit, the rise of Ukip and widespread media misinformation. In 2015, Germany opened its doors to almost 1 million refugees, despite increasingly right-wing opinion being voiced across the continent. People were fleeing war, persecution and corruption. And yet, many countries turned their backs.

"Political poetry can get a bit of a Marmite ride in the literary world. But the thing is, the political is always personal and the personal always political. The media decides whether a crisis exists or vanishes from the world stage. It cherry-picks, and the public follows. Ask yourself why Ukrainian asylum seekers are getting a very different reception to Syrians who were escaping full-on civil war, and you might find the answer somewhat uncomfortable.

“Federal Gods documents a series of immigration stories, interactions and personal anecdotes in poetic form, our lives finely intertwined precisely because we all are human beings with the same fundamental needs and desires – and because history repeats itself unrelentingly unless we learn from our mistakes.”

Walking poet retraces steps for another look at City ►

Events » Open-mic back in Lancaster as Wordarium opens its doors