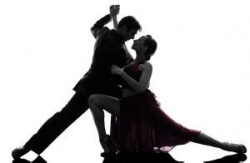 They lie beneath his ceiling fan,

Which cools them down if things turn warm,

As they whip up the coming storm.

When measured in enjoyment’s sounds.

As she dissolves into his arms.

She’s aching for her fancy man;

He told her that his name was Stan.

She hasn’t seen him for six weeks;

By now she neither eats nor speaks.

Elegant when shod and suited,

His technique is deeply rooted.

What counts is a veneer of style,

Cheap knowledge and an easy smile.

Where has he gone? She has no clue.

He may have found somebody new.

Though he’d no cause to be annoyed

With all the effort she employed.

Years later, she caught sight of him,

His latest lover tall and slim.

They had just made a trip to Thebes,

And spend their winters in Antibes.

Graham - it's a very fair point. I'll work on one. Mind you, maybe he did get away with it! Or maybe his dissolute life is one slow fall from grace, à la Don Juan. Food for thought.

Stephen, I can't believe you let him get away with it! I think a final stanza is required to record a fall from grace/come-uppance etc!

What a fantastic rhythmically written storyline Stephen, really enjoyed this!

Thank you, Steve. That's very kind. No real experience at either end, so to speak. I suppose you have to be fancied to be a fancy man, and, well......

Based on prior experience no doubt
A enjoyable romp, thanks Stephen

Thank you John B, Clare, John F, Holden and John M (so many Johns!) for all your kind comments. John F - I am learning all the time! John M - the compliment is much appreciated. Never having been one myself, I have always been amused by the idea of a fancy man, although I imagine not everyone is.


Thanks to Frederick, Nigel, Rudyard, Telboy, Leon, Bethany for liking.

A story for all times, Stephen!