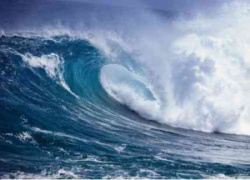 As expected it's going downhill,

the imaginary ride which I was on,

it made me fantasize for sometime,

that I have reached a deepdown zone.

But it was same as earlier,

the jaunty ride which started with praise,

which once reached an apex climate,

and now it moved to falling phase.

tulips after orchids and that after lily,

or is this pushover attitude,

have been repudiated already,

is it turn of the fourth one?

And making this bit serendipity?

All in all, with every person,

so let's relish this time frame,

before the death of these brisking tide.