'Do Not Ask': a poem to mark Holocaust Memorial Day 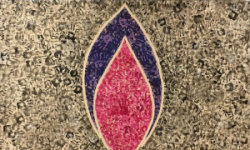 Today – 27 January - is Holocaust Memorial Day. The Holocaust Memorial Trust (HMDT) encourages remembrance in a world scarred by genocide, remembering the six million Jews murdered during the Holocaust, alongside millions of other people killed under Nazi persecution and in later genocides in Cambodia, Rwanda, Bosnia and Darfur. 27 January marks the anniversary of the liberation of Auschwitz-Birkenau, the largest Nazi death camp.

Write Out Loud has chosen to share this poem via the Holocaust Memorial Trust today. It was written by Avram Schaufeld, who survived Auschwitz and Buchenwald concentration camps, and died in 2017. It is published with the permission of Avram's wife, Vera Schaufeld.

How did you survive?

Because this is a question that causes me pain

and brings back memories …

I know that you mean well and are sympathetic

and would like me to talk to your youth group

or your son who is writing a paper on the Holocaust

and I could help him with the subject which is part of his exams.

You add with a smile, that no amount of reading is the same

as talking to a survivor.

From your eager expression I can guess

what you expect me to tell him.

About our bravery and how our faith in God

helped us to survive.

I lie and say I am too busy

that I have other commitments

and quickly take my leave and turn away

So that you cannot see the hurt in my eyes

◄ Calling all primary schools and children at home - roll up for a Giant Poetry Party today!