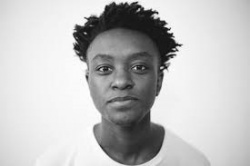 Poet Jay Bernard has been named winner of the 2020 Sunday Times/University of Warwick Young Writer of the Year award for their collection Surge, an exploration of the 1981 New Cross fire, in which 13 young black people were killed. The cause of the fire, which was initially believed to be a racist attack, was never determined. In Surge Bernard traces a line from New Cross to the “towers of blood” of the Grenfell fire, exploring the personal stories of the communities that it affected, and the wider context of black British history. In 2018, Jay Bernard won the Ted Hughes award for the performance piece Surge: Side A, in which many of the poems from Surge were first featured.

The judges chose Bernard from a shortlist of five that also included Catherine Cho (for the memoir Inferno), poet Seán Hewitt (for Tongues of Fire), and novelists Naoise Dolan (Exciting Times) and Marina Kemp (Nightingale).