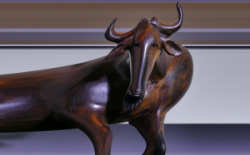 News has reached us via Sarah L Dixon, aka the Quiet Compere, of a new anthology to be launched by a poetry group. The ‘Squiffy Gnu’ Facebook page was originally inspired by Jo Bell’s 52 poetry project, which was online in 2014. Each week, Jo or a guest poet chose a theme and invited readers to write their own poems, using the prompt as a springboard. Members of the 52 Poetry Facebook group posted their response to the prompt and commented on each other’s poems.

As the 52 Facebook group grew in number, its membership was limited to keep it manageable, and a handful of students from the Open College of the Arts decided to set up their own unofficial group as an outlet for their response to the prompts. In tacit acknowledgement of the 52 project’s influence and inspiration, they named their group ‘Squiffy Gnu’.

During 2020, members were invited to write poems in response to 20 universal themes ranging from “passion” to “taste and smell”, and from “childhood” to “armed conflict”. Sixty of the best poems selected by Sarah L Dixon are presented in the anthology, with proceeds going to charities.

There will be a launch on 11 December, and the 90-page book will be available for £6.99 from www.fabulahula.com