An Eritrean poet, Amanuel Asrat, who was arrested in 2001 when editor-in-chief of the leading Eritrean newspaper Zemen, and has been held incommunicado since, has been named International Writer of Courage at the PEN Pinter Prize ceremony.

The award is made to someone who has been persecuted for speaking out about their beliefs. The winner of the PEN Pinter Prize for 2020, Linton Kwesi Johnson, made the announcement in a live online event hosted by the British Library on Monday 12 October.

Johnson won the PEN Pinter prize earlier this year, for his “political ferocity” and “tireless scrutiny of history”. Accepting the prize, the Jamaican dub poet named Asrat as the International Writer of Courage winner with whom he will share his prize.

“Keeping a citizen incarcerated, incommunicado, without charge or trial for nearly 20 years is the kind of egregious brutality that we associate with totalitarian states and dictatorships,” said Johnson. “As a gesture of solidarity from a poet of the African diaspora, I have chosen the Eritrean poet, songwriter, critic and journalist Amanuel Asrat.”

The situation of Asrat and fellow writers who were arrested at the same time remains unclear. It is unknown whether charges have been brought against them or if they have ever been brought to trial. They are believed to have been subjected to torture and other ill-treatment, including lack of access to medical care. Almost two decades on from his arrest, Asrat is believed to be among the few surviving journalists arrested in 2001, detained in the purpose-built maximum-security prison Eiraeiro.

Amanuel Asrat’s writings detailed the daily life of the underprivileged, and explored themes of war and peace. Unlike wartime Eritrean poetry popular at the time, he depicted the negative side of conflict. He co-founded a grassroots literary club in 2001. Similar literary clubs soon started to emerge in all major Eritrean towns.

Ahead of its centenary in 2021, English PEN has launched a year-long letter-writing campaign, inviting supporters around the world to send messages of solidarity to writers of courage and their families. Amanuel Asrat is the first featured writer in the PENWrites campaign.

◄ How we brought more readers to poetry - Neil Astley on Bloodaxe’s Staying Alive series, and the new anthology 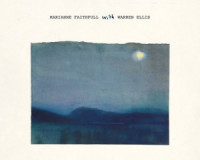