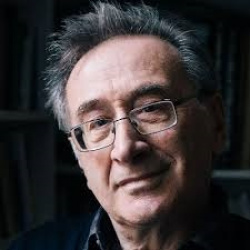 A poet and translator who came to Britain as a refugee at the age of eight after the Hungarian uprising in 1956 has been named as one of the 2021 International Booker prize judges.

The 2021 Booker judges will be chaired by cultural historian and novelist Lucy Hughes-Hallett. Also on the judging panel are journalist and writer Aida Edemariam; Man Booker shortlisted novelist Neel Mukherjee; and professor of the history of slavery, Olivette Otele.

The International Booker prize has its focus on the importance of translation, with the £50,000 prize split equally between author and translator. The 2021 judging panel will be looking for the best work of translated fiction, selected from entries published in the UK or Ireland between 1 May 2020 and 30 April 2021. More details

'You say you see in me a strength that strengthens you' ►