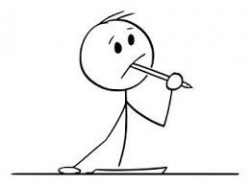 After much in-depth discussion, we, the Management of Flippant, Comic, and Serious (FCS) have made the un-heard of decision of loaning our chief news reporter Poet Don to WOL (Write Out Loud).

We ask the inhabitants of WOL to treat him gently. Let him settle into his new role. We wouldn't want him wandering off into the ether because someone wasn't nice to him.

He is a valued member of  FCS. We were very fortunate to entice him here. Don't even think of offering him a more lucrative offer. He is programmed to refuse.

We asked him what his thoughts might be of his new 'home away from home' ?

Be nice to go and stay there

Back in my maker's room

The place where he did hone his craft

Two years not one month soon

I've asked my maker does he mind

This loan of me to WOL

They better be nice, LOL

I Promise to Behave Myself ►

Can't wait for the TV spectacular - suggestions welcomed (or not).

I will try and keep PD on a tight leash Graham. I can't have him giving FSC a bad name...

It seems PD has left WOL commenter poemagraphic in a state of shock....sorry 'bout that

'We ask the inhabitants of WOL to treat him gently. Let him settle into his new role. We wouldn't want him wandering off into the ether because someone wasn't nice to him'.

I've been looking after Don for ages and doing my best to keep him out of trouble. Not always easy!

Poet Don has just settled into WOL and notes one of their commenters seems to have a spelling problem. Perhaps they were overexcited at his sudden appearance.....

We are truly blessed.