Competition closes in 14 days, 23 hours. Get details and Enter. 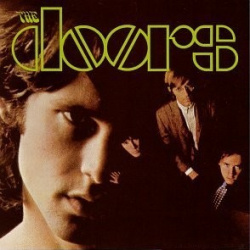 In the Shangri-La of San Francisco

they called it The Summer of Love,

tuning in and dropping out

to a soundtrack of spacey guitars.

Bookish, shy, and too young

for a droopy moustache and sideburns,

I was hothoused instead by Hayes

for the maths I was taking early,

but got a hint of something else

Against her better judgment,

my mother allowed me to pick a shirt.

with a floppy, extravagant collar,

it didn’t survive the first lesson

before they sent me home

to dream on at the back of the bus

to airborne waves of music.

Yes I also have happy memories of the hair situation. I think the powers that be were pretty smart. We were so busy fighting a battle on that front that we never got around to doing anything reslly bad. I actually have another poem in which my battles on the hair front feature `i'll dig it out when I get as moment. Got to decide now whom I'm going to feature in my FB music post.

You wore that shirt to school? Shocking, David. I did no such thing, but was regularly collared for having hair that was too long. In retrospect, and after attending a Zoom meeting with former schoolmates and one former teacher last night, I reckon I was swayed too much by hippy 'values' in my last two years at school. It turned my head. Man.

Blimey. I reckon there's a poem in that. I won't plagiarise yours but ... thanks, mate!