Competition closes in 20 days, 17 hours. Get details and Enter. 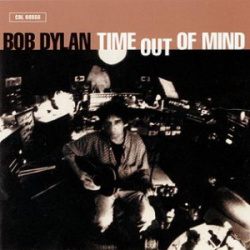 I was listening to Dylan’s Time Out of Mind,

his late renewal after wasted years

– all simmer and wry despair –

to find that maybe he was rated again.

The voice was a wreck on a burnished track,

the songs a palimpsest of antique blues.

In the end the words will come

by echoes stored in a phonograph’s horn

Was that what we called it?

than a sound machine

with its glossy veneer and gilt trim.

revealed a deck and storage,

a radio that warbled and seethed.

Picking up on Dylan,

I worked back to his debut album.

On the sleeve he was just a kid,

yet seemed to dig deeper than most.

When he sang about death

he ripped through hokum.

We had all our lives before us.

Your first poem after a 20-year gap, according to Facebook, David? Dylan as a writing prompt ... seems fair enough.