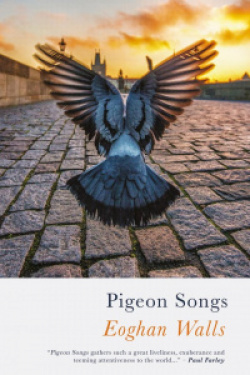 Born in Derry, Northern Ireland, Eoghan Walls has lived and taught in Germany, Rwanda and England, where he now lectures in creative writing at Lancaster University. He won an Eric Gregory award in 2006, and was a recipient of an Irish Arts Council bursary in 2009. His first collection of poems, The Salt Harvest (Seren, 2011) was shortlisted for the DLR Strong award for best first collection.

The striking cover photograph by Jacob Riglin was the first thing that drew my attention to this book. For days I thought the pigeon was taking off, only later did I think that it might be landing. This curious dichotomy of reading things in more ways than one is reflected in the poems which are rich with multiple meanings.

Walls is a master at creating resonant lines that catch the eye and the ear: “kelp forests shaking with whalesong” (‘Kepler -22B’) and “a string of moles dried out on the barbed wire / like shucked gloves hung to catch their owner’s eyes” (‘Moles’) are just two such examples of many to be found in this book.

The poems that reference family members do not descend into mere domesticity but carry with them an energy all of their own. In ‘The Last Connection’ on a rain-soaked night in central Glasgow, Walls writes:

… I stormed the road

and nearly tripped into my mother at the station.

I hugged her, damp; there was so much to ask her

about miscarriages, our troubles buying a home,

the taste of the earth. She listened to me, tender,

but she had someplace to be. I watched her go,

zipping between the buses along Queen Street,

and I caught the nine forty-one for Aberdeen.

At set intervals pigeons make their presence known. Often they are at the centre of a scene of unimaginable atrocity (‘The Pigeon on Chelmno’), witnesses to the violence of the natural and human world. The lines in these poems, which have the word ‘pigeon’ in the title, are all justified to the right hand side of the page instead of to the left. It is as if each line is homing in on its subject matter and it makes them stand apart from all the other poems. Awareness of man’s brutality to man is never far from some of the strongest pieces where, for example, the innocence of a young daughter is pitched against the violence of a war-torn country on the other side of the globe (‘The Bright and Crayoned Universe’).

There is much to admire in this collection: the attention to poetic form in which Walls manages to contain his soaring, exuberant flights of fancy, the beautiful extended metaphor of the bee in ‘The Early Days’ and the finely controlled poem after Kenneth Koch called ‘The Principles of Collision’ are just a few examples.

‘Nettles’ is a gem of a poem, a model of compactness, and short enough to quote in full:

Under her vest, nettles stroked her armpits,

softly sawing her a fresh coat of blisters.

I paused by her fallen bike, to watch her

the way a silverback in Virunga’s jungles

The scope of the subject matter is astonishing with poems set in locations that range from the Sperrin mountains in Northern Ireland to Al Hajar al-Aswad in southern Damascus, a popular fairground attraction in Stockholm to a mountain pass in south Tyrol. There are references to Greek mythology, ancient philosophy, medical and scientific terminology, works of art, Biblical history, astronomy and archaeology. Each poem is densely packed with allusion and moves, like the pigeons, at a swift pace.

In the last poem, the pigeons have the final say. In ‘On the Fifth Day’, the day when God let birds fly above the earth, they are released from the shelves of a van by “a man as portly as a god” – it is enough to make the poet “stop jogging” just to witness the scene. I like to think that this may have been the starting point for the whole collection, the moment that sparked off all the imaginative powers that are contained in this book. Highly recommended. 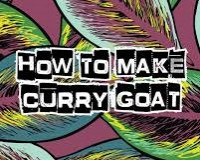 Review » How to Make Curry Goat: Louise McStravick, Fly on the Wall Press

Review » The 'man in the cardigan' was gently ribbed by Ian McMillan. But does he have a point? 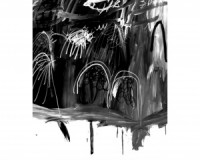