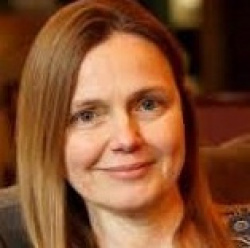 Susannah Hart has won this year’s Poetry Society’s £5,000 National Poetry Competition with her poem ‘Reading the Safeguarding and Child Protection Policy’, it was announced tonight. Told in a single long sentence, the winning poem uses the dispassionate language of bureaucracy and policy to counterbalance the cruelty and descriptions of acts of violence in the poem. Judges Mona Arshi, Helen Mort and Maurice Riordan chose it from 16,659 poems entered into the competition from 6,979 poets in 87 countries, including entries from every EU member state. All of the poems were read anonymously by the judges. Maurice Riordan said: “ ‘Reading the Safeguarding and Child Protection Policy’ was a poem that slowly got under our skin and into the bloodstream. It takes on big subjects, cunningly manipulating the impersonal and toneless phrasing of bureaucracy as the poem’s speaker tries to come to terms with evil. This daring poem, literally breath-taking in its execution, is in the form of a single sentence – so perfectly engineered the reader barely notices it. But nonetheless we feel the powerful effect, as it keeps our attention pinned to the poem’s terrible reality without release.”

Susannah Hart’s debut collection, Out of True, won the Live Canon First Collection prize in 2018. Her poems have been widely published in magazines and online. She said: “I’m genuinely astonished that I’ve won. I enter the competition almost every year and have been longlisted a couple of times, but you never enter expecting to actually win. I feel very honoured to join the list of winners.”

She added: “For personal reasons, it’s also great to have this particular poem recognised. I’ve been a primary school governor for many years and I think this is the only poem that has arisen directly from that experience, so it feels very special to have that part of my life acknowledged. I remember telling my governor colleagues that I had written a poem about the safeguarding policy and I think they thought I was joking.”

About the poem, she said: “The poem’s original draft came quite quickly. I did in fact go for a walk after reading the policy, feeling very upset by what it contained – what it needed to contain – and I found myself thinking about ‘all the horrible things that someone somewhere is always doing to someone else’. And then when I looked at the draft of the poem I realised I could make more of the bureaucratic language that was already in there, so I looked again at the wording of the policy and lifted some more phrases from it.”

Nine other winners were also named in the National Poetry Competition, including Ann Pelletier-Topping for her poem ‘Granddaughter Moves In’ (second prize, £2,000), Natalie Linh Bolderston for ‘Middle Name with Diacritics’ (third, £1,000) and seven commended poets (£200 each): Joe Dunthorne for ‘Due to a series of ill judgements on my part’; Charlotte Knight for ‘MOONDADDY’; Mark Pajak for ‘Reset’; Rosie Shepperd for ‘Letter from Kermanshah’; Louisa Adjoa Parker for ‘Kindness’; Cheryl Moskowitz for ‘Hotel Grief’; and Gerald Smith for ‘Where Dedushka Comes From’. You can read all those poems on the Poetry Society website.

has left me feeling vaguely sick and I think a walk

though I now understand physical intervention must

not be undertaken lightly and the appropriate training

must be given because the policy is designed to prevent

the impairment of health or development even though it has had

the opposite effect on me as currently I feel impaired, uneven,

unequal to the task of being real, such that it occurs to me

that humankind seems to be trying to find ever more

ingenious ways to make the bearing of reality more difficult,

else how could anyone have thought of all the horrible

things that someone somewhere is always doing

to someone else, whose vulnerabilities may or may not

has form for this kind of thing as medieval warfare

I seem to recall was rather brutal and the skeletons exhumed

in the bones from mace and broadsword, and to be fair

that documentary on Vietnam that we’re watching

on Catch Up may not go heavy on the suffering caused

the museum in Hiroshima strongly implied that the devil

has always had his hands full with party tricks and pranks

which leads me to ask myself whether any good will come

that the imagery should only be viewed on a strictly necessary

discloses and I recognise that this takes a lot of courage

and that I cannot stop paying attention because beforehand

the child may show signs of anger, sadness, bruising, silence,

they may wear long sleeves at inappropriate times, their lives

and unsupported than lives in general, and they may feel

guilty, scared and as if they have lost all trust in adults

and indeed when you think about it who could blame them.

The Poetry Society also announced that Saiqa Khushnood has won the Peggy Poole award, which is a talent development scheme for poets based in the north-west of England. Saiqa Khushnood is a British Pakistani writer living in Manchester and a 2016 graduate of the Manchester Metropolitan Writing School with an MA in creative writing.

The writer and poet Malika Booker, who judged this year’s award, selected Saiqa from over 450 north-west poets who entered the National Poetry Competition. She said: “I chose Saiqa’s poems because of the potential and ambitious nature of the work submitted. I was impressed with the subject matter and themes that the poet tackled, and could see the possibilities for the development of her voice and poetics that mentoring would have.”

Saiqa said: “I’m delighted and a little overwhelmed. I want to thank Malika for giving me this exciting opportunity and look forward to beginning my mentorship.” She will shortly begin a year's mentorship with Malika to develop her poetry and further her work towards completing a first poetry collection, exploring themes of family, race, religion and identity.

The Peggy Poole award was founded in memory of the poet and broadcaster Peggy Poole. It helps emerging poets in north-west England to develop their craft, by offering them the chance to win a year of mentoring from a leading poet.

'Each time, the found world surprises - that is its nature' ►

Ths is something of a "found poem" isn't it, taking off from the original as Tennyson did with the Charge of the Light Brigade, no rump-di-dump here, very touching, effective.

Astonishing, in every conceivable way!